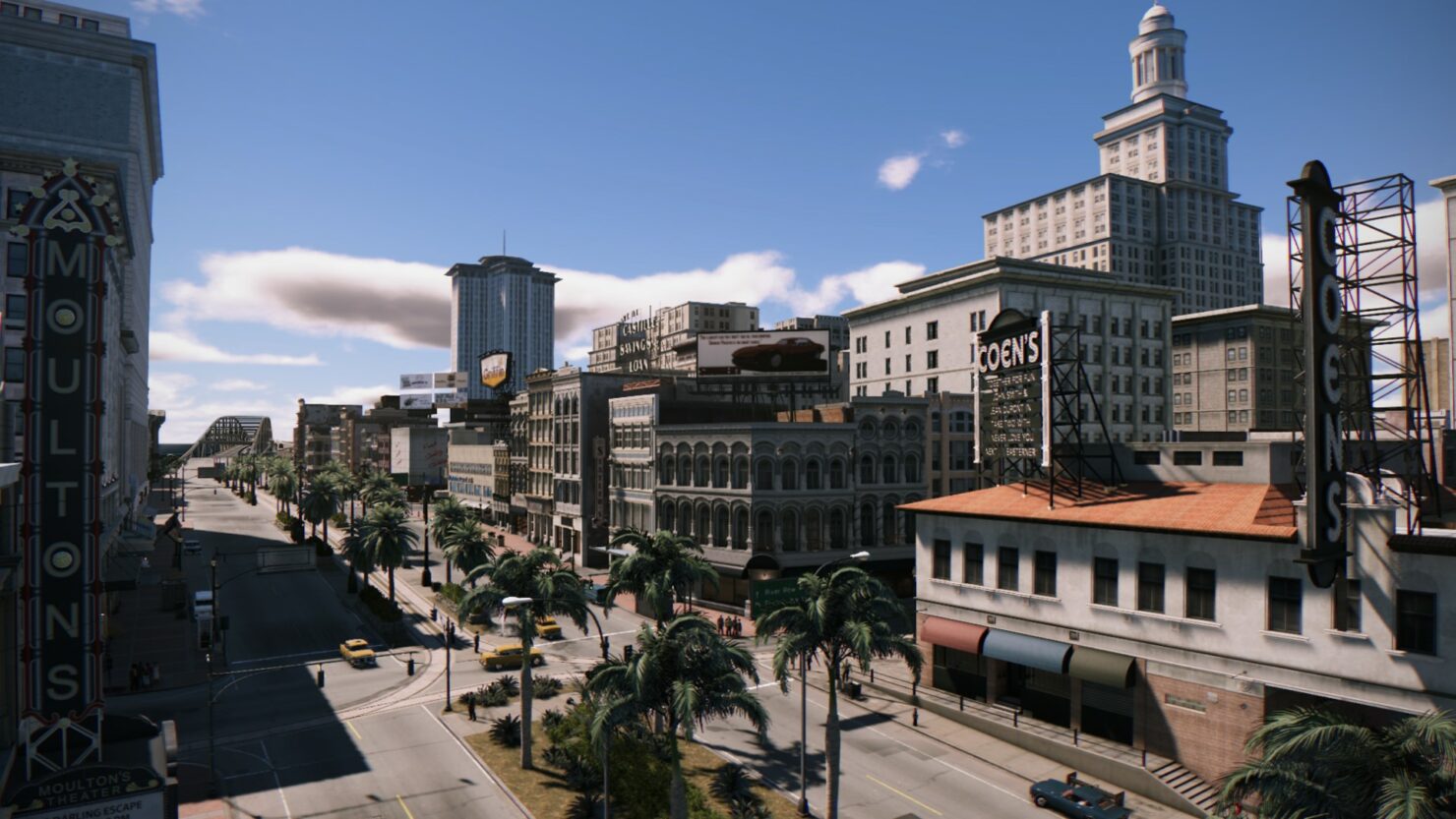 Get a look at just how large the Mafia 3 really is. Youtuber TheyCallMeConor takes us on a relaxing on a relaxing trek across the entire map of Mafia 3 on foot in his Across the Map video series.

In this episode, Conor walks the entirety of New Bordeaux from north to south on foot. Clocking in at 1:23 Mafia 3's map took slightly less time to walk than GTA San Andreas and Red Dead Redemption.

There's something surprisingly relaxing meditative about these virtual hikes that makes you appreciate the scale of an AAA open-world game without distractions of gunfights and car chases.

If you're curious which game currently holds the record for biggest map still goes to No Mans Sky. Clocking in at 12 hours, Conor was only able to cover half a planet on foot. Just Cause 3 and Arma Altis hold the second and third positions for the biggest map. Be sure to check out more Across the Map episodes and see the biggest game worlds walked.

Mafia 3 is developed by Hanger 13 and published by Take-Two Interactive, it followed the story of Lincoln Clay as he carves a path of revenge through organized crime. When's he's not murdering mobsters, Lincoln is building his own criminal empire in the fictional city of New Bordeaux inspired by New Orleans in 1968.

Mafia 3 is out now on PlayStation 4, Xbox One and PC. The game was initially locked at 30FPS on PC, but thankfully the developer was quick to deploy a patch that now allows gamers to choose between 30FPS, 60FPS and unlimited frame rate.