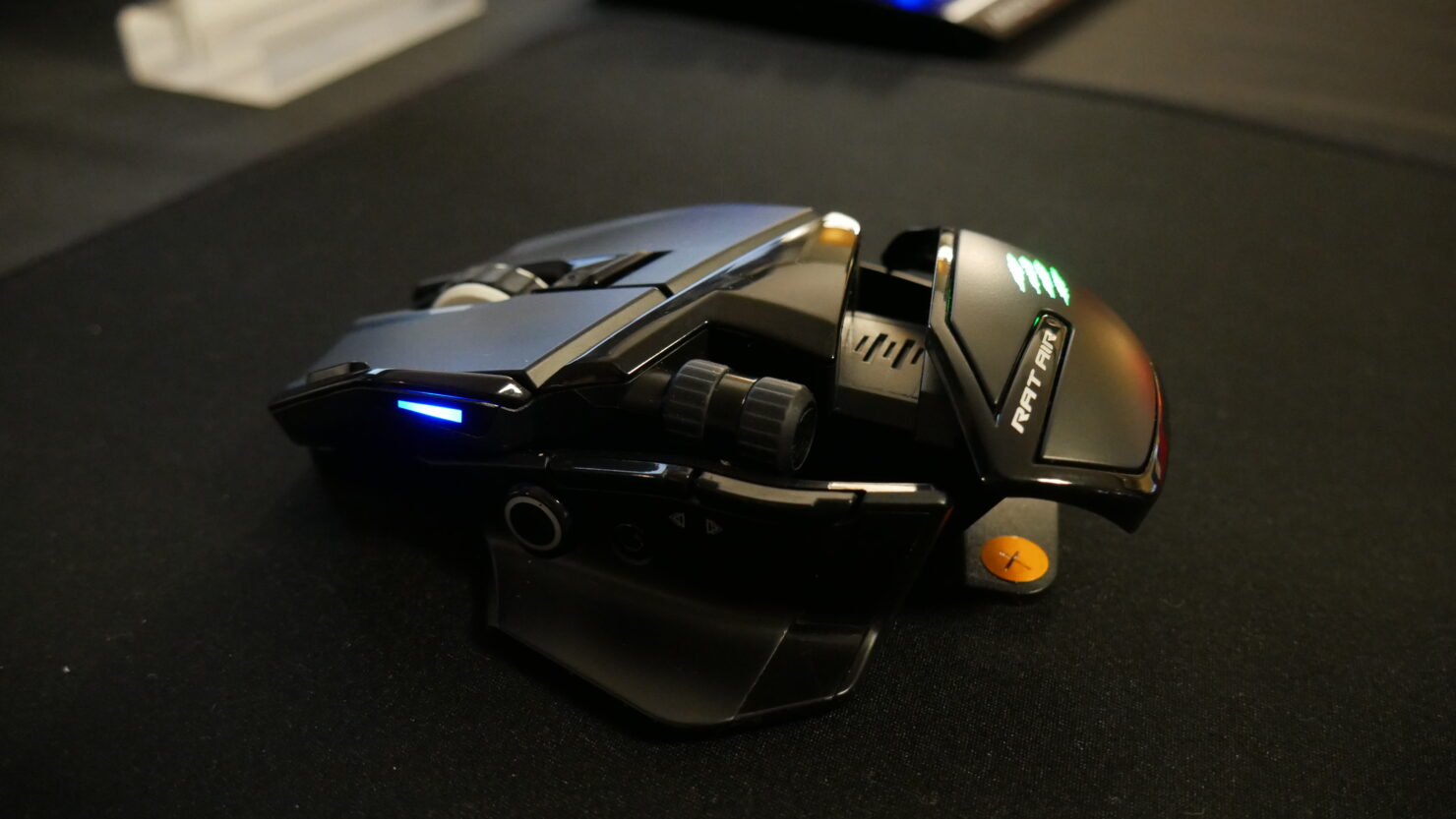 Revealed this time last year, MadCatz introduced one of the first competitors to the Logitech PowerPlay. The original line of R.A.T. AIR featured no battery to charge, instead running off a capacitor that would get charged through normal operation on the included mousepad (the Activation Board, as it was known). This year's refresh of the battery-less mouse line is dubbed the R.A.T. AIR S and features a few upgrades that potential buyers should look out for.

The MadCatz R.A.T. AIR S features no actual battery solution inside the sub-100g mouse. Instead, MadCatz went with a capacitor that draws power from a mouse pad that doubles as a charger. While the first run of the Mad Catz R.A.T. AIR included a hard plastic pad, the updated Mad Catz R.A.T. AIR S features a cloth mouse pad that can be rolled up for travel. Even with the embedded charging wires, the lateral movement of the AIR S seemed to glide across smoothly as if the wiring wasn't even there.  MadCatz says that their charging solution is done via magnetic resonance and the included capacitor can keep the mouse charged up for more than a few seconds after liftoff, so you won't have to worry about losing charge while spinning and flicking your way to victory. 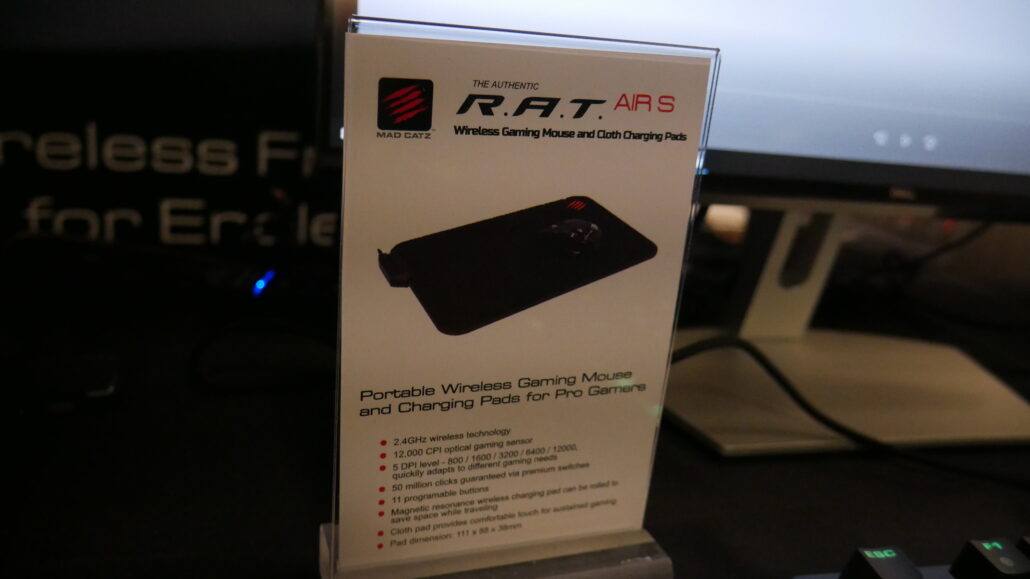 PixArt sensors, one of the standards for gaming mice, are featured across the entire R.A.T. line and the AIR S is no exception. The AIR S features a 12,000 CPI optical gaming sensor and while the exact model isn't listed, it features the same CPI as last year's R.A.T. AIR which featured a PixArt PMW3360.

Aside from the magnetic resonance charging pad being cloth rather than a hardshell, many of the specs on the 2020 R.A.T. AIR S are comparable to last year's AIR. 2.4Ghz wireless technology, 5 levels of DPI settings (800/1600/3200/6400/12000), switches rated for 50 million clicks, and 11 programmable buttons. The mousepad itself is very close to last year's model in dimensions (110 x 88 x 38mm) and is only missing the Chameleon RGB strips around the outside edge.

A fully wireless mouse that charges via the mouse pad is a pretty interesting bit of tech and I'm curious to see who's interested in picking one up. Leave a comment below and let us know if you've picked up the original R.A.T. AIR or have interest in getting a RAT S!