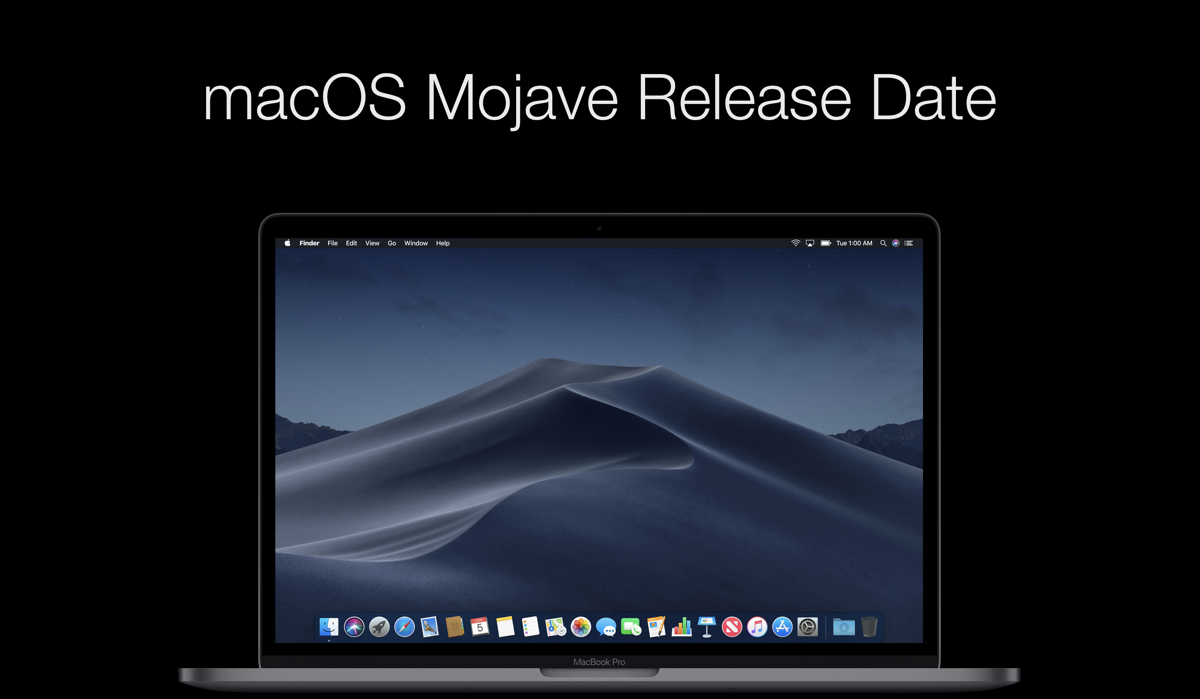 Apple will release the final version of its desktop operating system - macOS Mojave - on the 24th of this month. Get your Mac ready right away.

Staying true to its trend of releasing its desktop operating system later than usual, Apple has revealed that macOS Mojave will be released on the 24th of September, which is at the end of this month. But the good news is: the macOS Mojave GM (Gold Master) build will be available to developers and public beta testers today, which is the release candidate of the final version. If last minute bugs pop up, Apple will be forced to release a slightly updated version of its desktop OS as the final build. But we’re hoping that won’t be the case.

In all honesty, macOS Mojave is not a very big update by any means, and instead focuses on polishing bits and pieces which were already there, which is a good thing. Why fix anything that was not broken, right? But of course, there are new features thrown into the mix which users are going to love such as the brand new dark theme to get that ultimate Dark Vader look if you have a ‘Dark Side’ sort of setup going on. If that doesn’t sound enough then you will be pleased to learn that dynamic wallpapers are also a part of the package.

Power users will be pleased to learn that Apple has thrown in screen recording into the mix as well, allowing you to record the display of your Mac, and ultimately share it with someone else if you like. There’s also added HomeKit support, something which was dreadfully missing from previous versions of macOS. This means that you have access to the Home app which you are used to seeing on the iPad, allowing you to control aspects of your HomeKit-capable smart home setup. Speaking of the iPad, Apple has brought several ‘iPad apps’ to the desktop as well, including News, Stocks, Home (obviously) and Voice Memos. Apple has also promised that developers will soon be able to port their iPad apps to the desktop later next year, which is something everyone should be excited about.

Mark your calendars, folks. macOS Mojave is no doubt a quick treat for your Mac which everyone should be excited about.