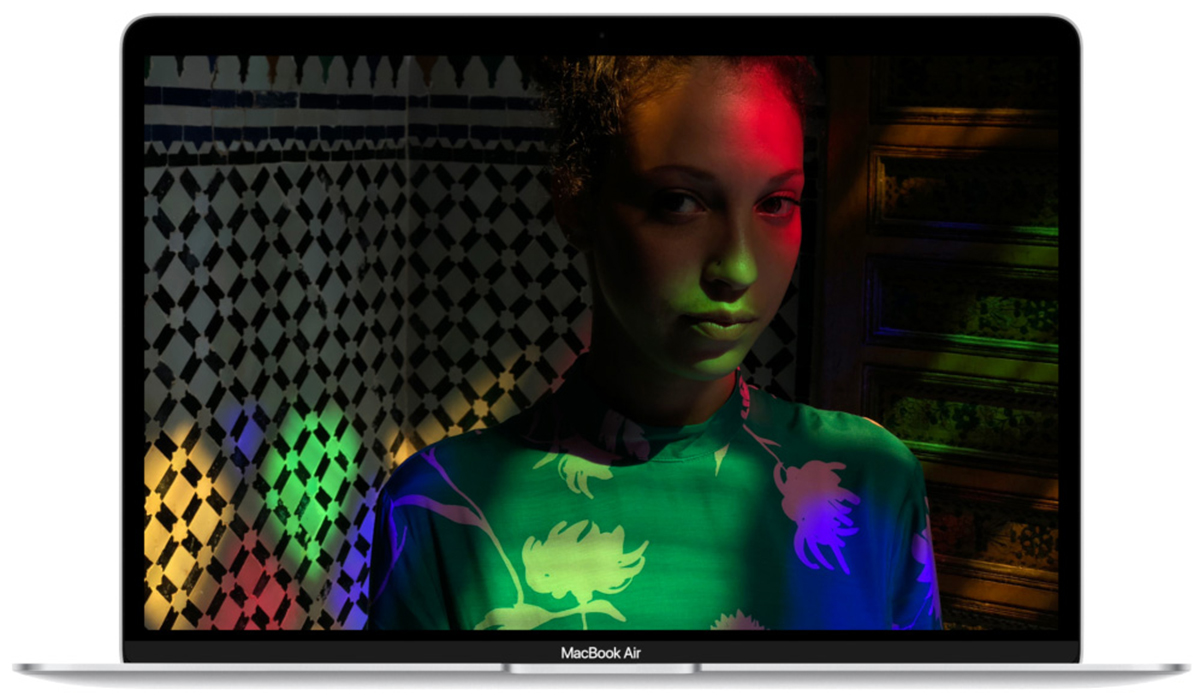 The 2018 MacBook Air was long overdue and with Apple finally giving it a design upgrade and specifications bump, you should expect improved performance from the portable machine. However, it is not as fast as the 2018 MacBook Pro series and that’s alright. The latest performance results reveal that the MacBook Air is able to produce a decent performance gain over Apple’s varied portable notebooks.

The 13.3-inch machine manages to obtain 4,248 points in the single-core test results while gaining 7,828 points in the multi-core test run. It is important to note that this notebook is limited to a dual-core Core i5 processor running out at 1.60GHz (3.60GHz Turbo Boost frequency). Despite having two cores, the numbers obtained by the machine are quite respectable. Of course, the 2018 MacBook Air cannot come close to the 2018 MacBook Pro models, who’s quad-core processors give in an edge in not just multi-core tests, but various real-world scenarios.

However, if a user will want to take advantage of macOS-optimized applications that have been tailor-made for this OS, a regular individual should have no problems experiencing a fluid notebook at their fingertips. It should also be noted that the variant being benchmarked featured 16GB of RAM, so expect your results to vary if you decide to pick up an 8GB RAM version for your daily use. 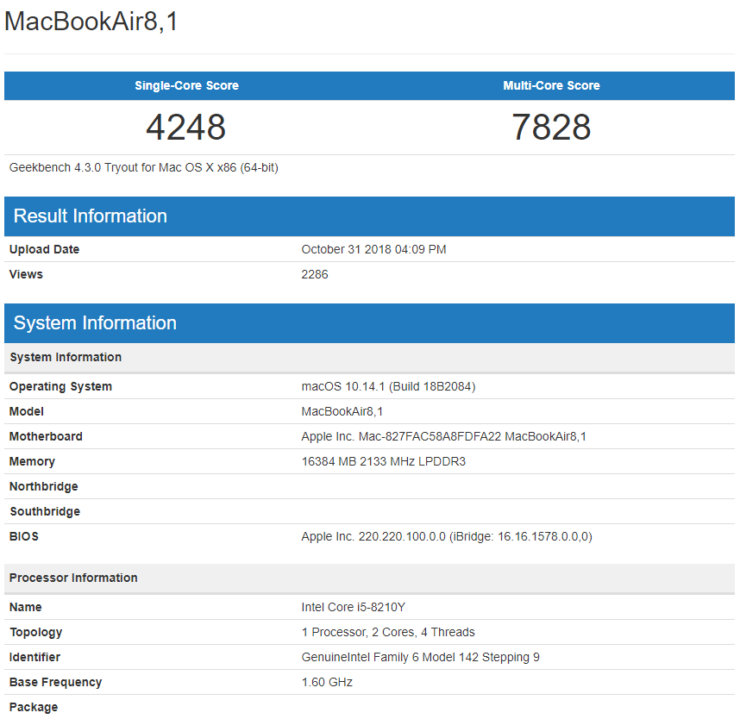 The 2017 12-inch MacBook models also sport a dual-core chip, but since they belong to Intel’s Core M series, we cannot expect much performance from these devices when pitted against the newer models. To bring you up to speed, the 2018 MacBook Air is running an Intel Core i5-8210Y processor designed for thin and light ultrabooks.

It also features two Thunderbolt 3 ports running at full speed, allowing you to hook up external displays, eGPU solutions, storage, and regular peripherals to increase your productivity. One of the caveats that potential customers might find is the fact that the machine is limited to a dual-core processor. However, we need to remind ourselves that if Apple chose to incorporate a quad-core chip, it might end up hurting the company’s MacBook Pro sales.