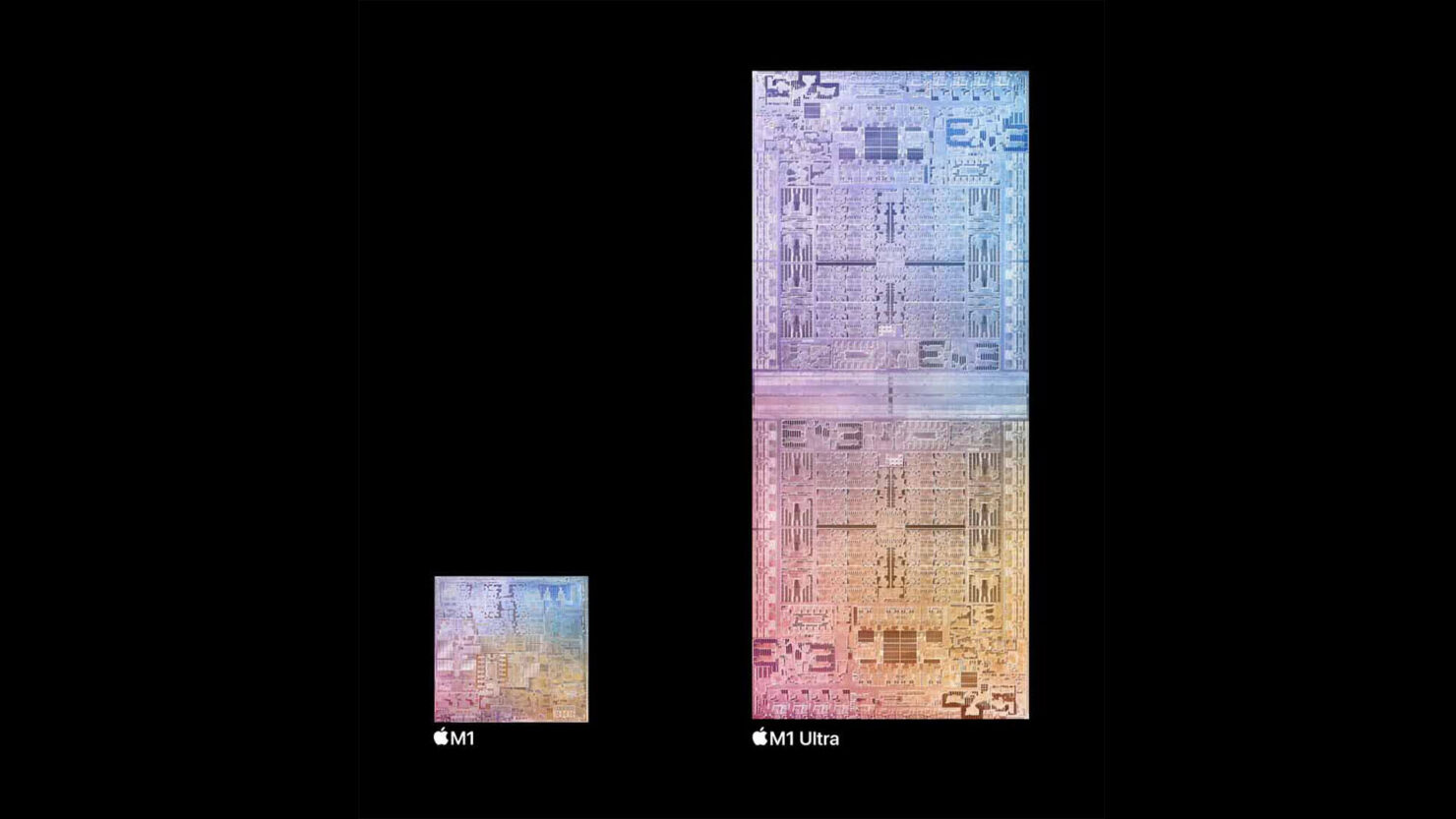 The M1 launch happened back in 2020, and it initiated a plan where Apple would no longer need to rely on other chipmakers, allowing the company to rely on its solutions solely. Despite criticism that a desktop-class competitor could not materialize on the architecture that Apple was working on, in came the M1 Ultra with its beefy specifications and astonishing power-efficiency metrics that likely baffled everyone.

However, to achieve the feats that this latest chip can achieve, Apple had to make more than just a few adjustments, with the company claiming that the newest silicon is eight times the size of the M1.

M1 Ultra Has Seven Times the Transistor Count as the M1

Given the size of the M1 Ultra, it is safe to say that it is not going to fit in any portable Mac like the 13-inch MacBook Pro or MacBook Air featuring the M1 and is designed for larger enclosures like the Mac Studio. Given its die size and the heat output, the cooling solution would need to be more elaborate than what is featured on the 16-inch MacBook Pro with the M1 Max.

To achieve the size of the M1 Ultra, Apple states that it needed to fuse two M1 Max chipsets together using a process which the company calls UltraFusion. With both chipsets communicating with one another, it allows for a bandwidth of 2.5TB between the two SoCs, and given that the M1 Max already towered over the M1, the M1 Ultra would make it a night and day difference.

In comparison, the M1 Ultra can accommodate up to 128GB of unified RAM, with memory bandwidth going up to 800GB/s. In short, both Apple Silicon are meant for different product weight classes, but we just wanted to show the sheer difference between the two, as well as highlight Apple’s progress in its chip development story. After all, it has not even been two years since the introduction of the first Apple Silicon, and already we are seeing custom solutions that put workstation 64-core processors to shame while consuming less power.