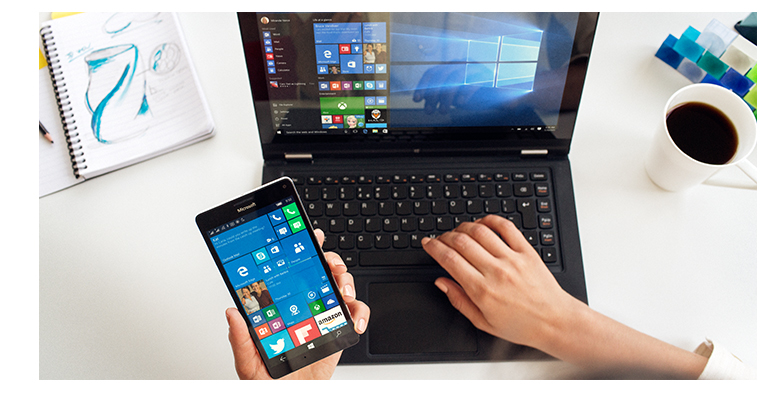 If you missed out on the last deal introduced by Microsoft, the tech giant is at it again with another offer involving its flagship smartphones, Lumia 950 and Lumia 950 XL. Not only are both smartphones being offered for a much lowered price tag, the company is also throwing in a free Display Dock.

Supplies Of The Display Dock Are Limited So If You’re Absolutely Sure, Purchase Your Lumia 950 And Lumia 950 XL Right Away

While there are much more affordable Android smartphones on sale that will provide you with a better experience, we always have a phalanx that is dedicated towards Windows 10 Mobile. With a Display Dock being given for absolutely no extra charge, here are the prices that you are going to have to pay if you opt to purchase a Lumia 950 or a Lumia 950 XL.

Microsoft hasn’t provided details on when the deal is going to expire, but if you really want to get your hands on these phones, then you obviously don’t want to waste time in finding out. 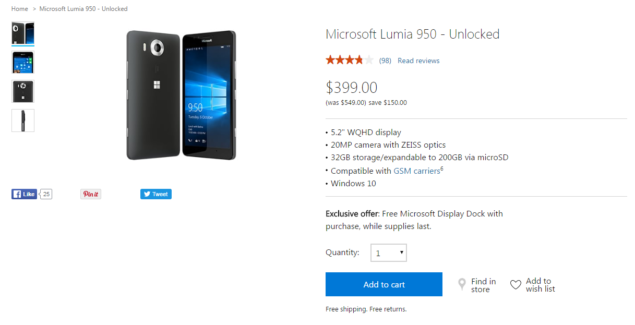 Similar to Xperia Z5 Premium, both devices are incorporated with a unique liquid cooling solution that will allow both processors to maintain their clock speeds while keeping their temperatures in check. This will also prevent both processors from thermally throttling, which is a very clever thing done on Microsoft’s part (if only they paid this much attention towards improving Windows 10 Mobile). Additionally, there is also a 20MP rear camera sensor present on both devices, and it is incorporated with a 5th generation optical image stabilization chip. 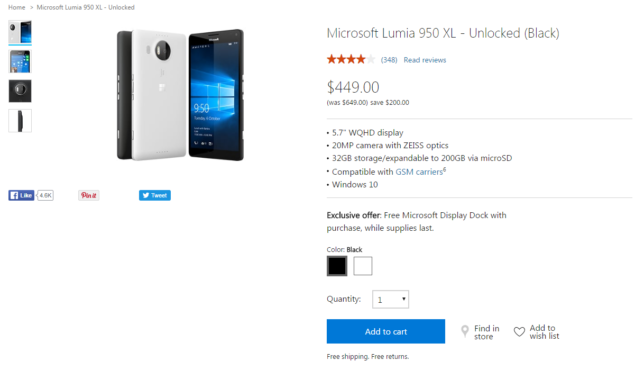 What do you think of the latest deal introduced by Microsoft? Would you be interested in purchasing a Lumia 950 or Lumia 950 XL now that they’re being offered for a massive discount? Tell us your thoughts right away.