Nokia Windows Phones are hyped to gust the mobile market with its creative handsets. Last month Nokia showed off their Windows Lumia Phone lineup at Nokia World Conference. Nokia announced Lumia 710 and Lumia 800 windows phones which will be available soon for sale. However, Nokia did not announce the most advanced handset of the lineup, Lumia 900 or Ace which was leaked earlier and hence Lumia 800 remains the top of the line handset. But Nokia Ace is still out there in the wild as it has been leaked accidently by Nokia. 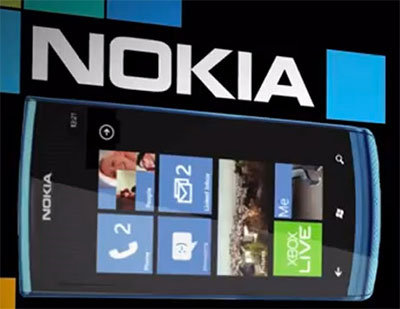 Nokia released a promotion video which accidently showed the Nokia Ace or Lumia 900 Windows Phone. The video was pulled off the web after a few moments but it gave enough time to someone to copy it. The video is shown below.

Nokia Lumia 900 or Ace looks mostly like Nokia Lumia 800 apart from the larger 4.3 inches AMOLED display as rumored earlier. We’ve seen the device before but the point is, when are we going to hear about it from Nokia? Will it be in 2012?

Let’s wait for Lumia 710 and 800 to come to the market and then we’ll probably see Lumia 900 or Ace as an upgraded Lumia 800. Maybe that’s Nokia’s new marketing strategy. Stay tuned for further updates.