Lucid Motors Is Likely To Remain Scorching Hot Even in the Post-SPAC Phase as Churchill Capital Corp. IV (CCIV) Now Seeks Additional Financing To Shore up the Deal 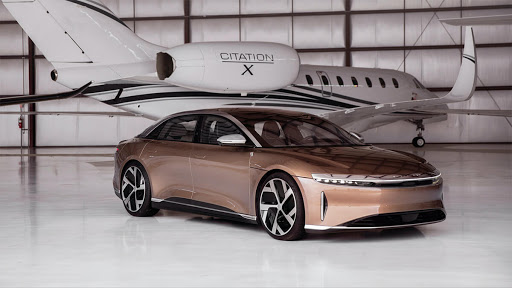 Lucid Motors, the manufacturer of high-end luxury electric vehicles, is approaching a critical milestone as the prospects of its public debut shine brighter than ever.

According to the exclusive reporting by Reuters, Lucid Motors and the SPAC Churchill Capital Corp. IV (NYSE:CCIV) are now closing in on a deal that would value the EV manufacturer at around $12 billion. Moreover, the SPAC is seeking additional PIPE investment of around $1 billion to shore up the merger deal. However, based on investor demand, this round of PIPE financing may well reach $1.5 billion. For those that are unfamiliar with its structure, a PIPE investment is a mechanism whereby institutional investors receive shares in a company at a discount in return for injecting crucial liquidity. According to Reuters, a deal between Lucid Motors and Churchill Capital may materialize within February 2021 should the SPAC manage to procure this additional PIPE investment. Given the euphoria surrounding Churchill Capital shares currently, this endeavor should prove to be a breeze.

This brings us to the crux of the matter. Over the past few months, a pattern has emerged regarding the share price of SPACs. To wit, investors bid up the stock price of SPACs in the pre-merger phase as excitement continues to build. However, once the merger is consummated and the euphoria moderates, the shares of these newly minted combined companies plummet as investors move to greener pastures. Hyliion (NYSE:HYLN) and QuantumScape (NYSE:QS) perhaps best illustrate this phenomenon. As an illustration, QuantumScape’s stock price reached a high of $132.73 in December 2020 before plummeting to a post-SPAC low of around $42 in February 2021. As most of the SPAC mergers involve pre-revenue companies with an extended product delivery timeline, the post-SPAC share price swoon is a natural and rational outcome. However, Lucid Motors belongs to a different breed altogether. As we’ve previously discussed, the company is expected to start delivering its Lucid Air EVs in the spring of 2021. Lucid already has a production facility, dubbed the AMP-1, in Arizona. It is also planning another production facility in Jeddah, Saudi Arabia. Consequently, with its product delivery just around the corner, Lucid Motors remains much more impervious to the customary post-SPAC share price swoon. But there is more.

As a result of an extraordinary and globally synchronized fiscal and monetary largesse in the wake of the COVID-19 pandemic, the financial world is literally brimming with liquidity. As a consequence, fundamental metrics have lost much of their utility, with hype becoming the primary driver of the individual stock price. To this end, Lucid Motors has perfected its hype-generating machine into an artform. The company excels in crafting captivating and targeted marketing. When combined with its imminent product launch, this factor should continue to act as a powerful tailwind for the stock in the post-SPAC phase. Consequently, the stock may plateau or experience a moderate drop in the immediate aftermath of the merger. However, Lucid Air delivery initiation soon after is likely to act as a catalyst for a powerful stock price upthrust. Velodyne (NASDAQ:VLDR) and Luminar (NASDAQ:LAZR) can serve as an example of this phenomenon. To wit, both companies experienced a stock price decline soon after going public by merging with their respective SPACs. Nonetheless, as both of these companies already had viable lidar-based products in the market, subsequent high-profile developments – such as Luminar’s increasing collaboration with Volvo – have paved the way for a gradual resumption of a bullish case. In the case of Lucid Motors, this phenomenon is likely to play out in a much more prominent fashion given the existence of extraordinary hype around the company. As a result, Lucid Motors is likely to remain one of the most prolific stock plays of 2021, right alongside the expected IPO of Rivian, tentatively scheduled for the latter part of the year. But that is a discussion for another time. Stay tuned!