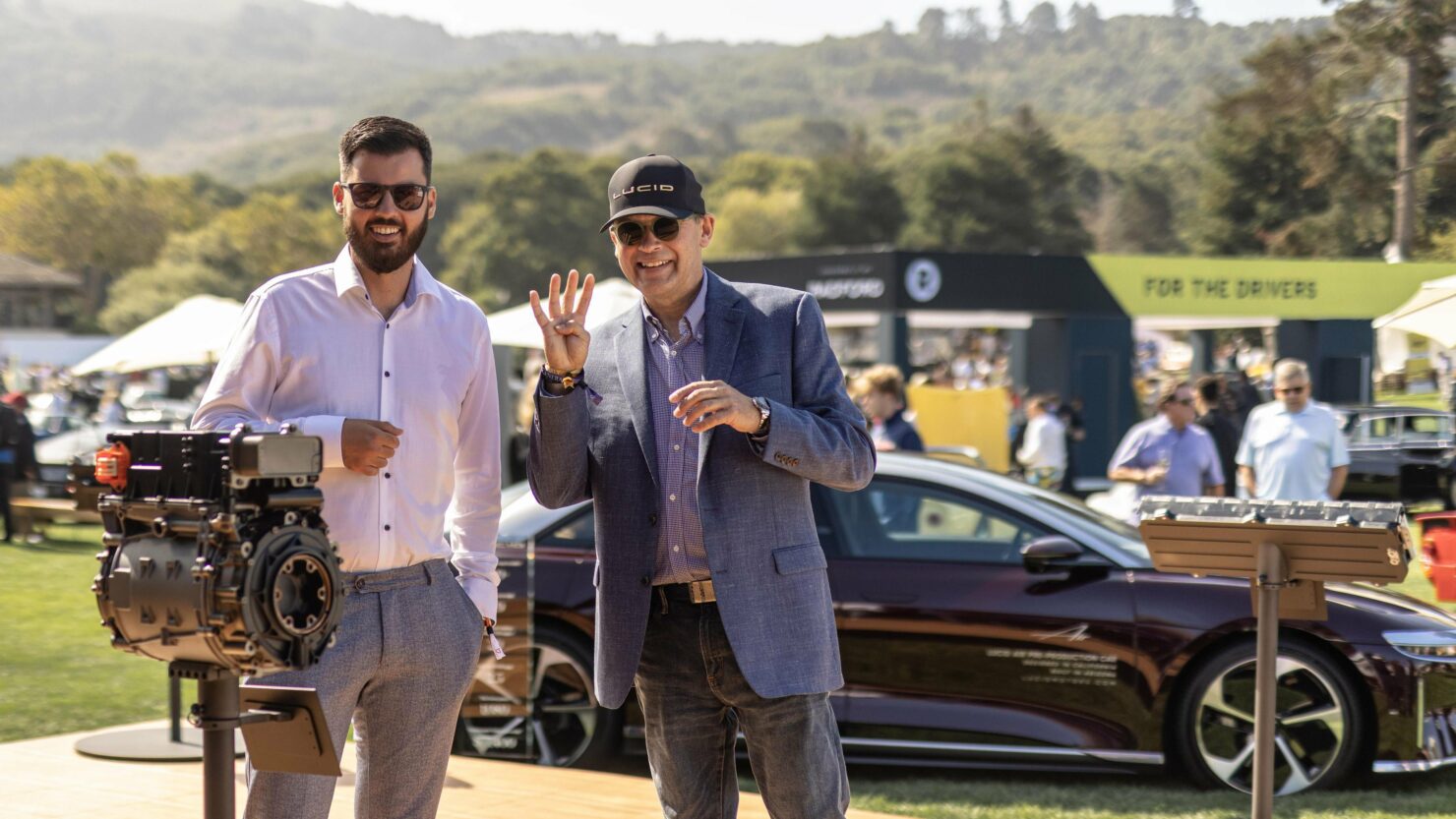 Lucid Group (NASDAQ:LCID), a manufacturer of electric vehicles that is targeting the luxury segment with the soon-to-be-delivered Lucid Air EVs, is certainly no stranger to speculation, with distinct waves of conjecture nipping at the proverbial heels of the company since its pre-merger days.

Of course, with a lack of hype-inducing developments in the interim and the associated dearth of official communication from ‘strait-laced’ management, frustrated Lucid Group investors have been forced to seek solace in picking apart and then analyzing to death the slightest of minutiae.

This brings us to the crux of the matter. Two pictures of Mr. Peter Rawlinson, the CEO and CTO of Lucid Group, have set off a fresh wave of speculation:

As can been seen, Mr. Rawlinson appears in both pictures with a jubilant facial expression and a weird four-fingered gesture, thereby spawning conjecture on Reddit and other social media forums. Some believe that the gesture refers to the delivery timeline of the Lucid Air EV, currently slated for sometime in H2 2021. Of course, with just a little over four months left till the end of the year, this line of reasoning may prove prescient. Others believe that the gesture refers to the delivery timeline in weeks and not months. And yet, there are others who believe that the gesture refers to the potential partners of the Lucid Group, including the sought-after Apple partnership. As is evident, these pictures can be interpreted in a number of ways without any inkling as to their true interpretation.

While the discussion around these pictures has a hilarious undertone, it does reflect the growing anxiety among Lucid Group bulls. After all, the stock needs hype to climb the proverbial price ramp, and yet here we are in a veritable drought.

Against this backdrop, let’s take a look at what we definitively know so far. Lucid Air deliveries will materialize before the end of 2021. The company has already built dozens of quality validation builds as part of its ongoing final testing phase, and the much-anticipated EV is currently undergoing EPA testing in order to validate the vehicle’s claimed range of over 500 miles on a single charge. Additionally, Lucid Group currently has over 10K reservations for the Air EV and expects to deliver at least 20K units to the North American and EMEA markets in 2022, with deliveries to China commencing only in 2023. Moreover, the Lucid Gravity SUV is now slated to launch in H2 2023. The company is also prioritizing $350 million in CAPEX for 2021-2023 in order to add 2.7 million square feet of additional manufacturing space at its Arizona facility for production ramp-up.