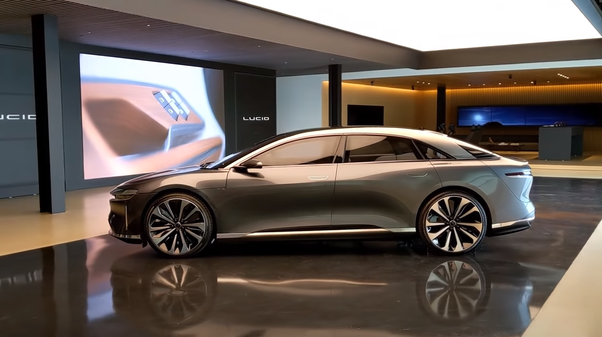 Lucid Motors, the company behind the ultra-luxury Lucid Air EV, is now entering the home stretch when it comes to formally commencing the deliveries of its electric vehicle.

As per the latest Analyst Day presentation filed by Churchill Capital Corp. IV (NYSE:CCIV) with the SEC, Lucid Motors has now built 74 pre-production Lucid Air units. Crucially, the company plans to commence its production run for final quality validation in June. This means that Lucid Motors will likely be able to start delivering the Air EV by July 2021. While the EV manufacturer only plans to deliver a little over 500 vehicles this year, it is ramping up its capacity to target 20,000 deliveries in 2022. By 2026, Lucid Motors expects its annual manufacturing capacity to top 251,000 units.

Additionally, we reported a while back that Lucid Motors was expanding its logistics footprint in the Middle East, suggesting that EMEA deliveries may also start sooner than expected. Bear in mind that Bloomberg and other publications have reported that the company is likely to construct another production facility in Saudi Arabia.

We had explained previously how Lucid Motors is perhaps the only EV manufacturer in the world that stands the best chance of capitalizing on the multi-billion-dollar Saudi Green Initiative. In addition to planting 50 billion trees, the plan seeks to curtail the Kingdom’s carbon emissions by 60 percent through mammoth investments in renewables and green technology, energy storage. This is an arena where Lucid Motors’ Vehicle-to-Everything (V2X) tech may play an important role.

Of course, today’s filing comes just weeks before Lucid Motors and the SPAC Churchill Capital IV formalize their merger, paving the way for the shares of the combined company to list on the stock exchange.

We reported back in April that the persistent rumor of a partnership between Lucid Motors and Apple (NASDAQ:AAPL) may have a ring of truth to it after all. Peter Rawlinson’s refusal to comment on the subject matter is fueling this speculation. While a definitive outcome is yet to emerge, we can safely assume that some preliminary discussions seem to have taken place between the two entities.