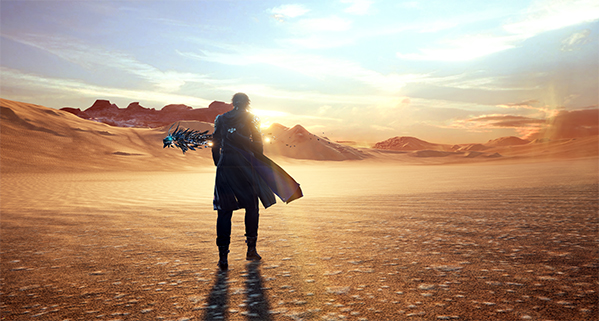 Earlier this week, the Devil May Cry-like action RPG was re-announced via 18 minutes of new gameplay from the title running on PlayStation 5. While it was already confirmed that the game would be arriving on PlayStation several years ago, Sony and the Lost Soul Aside development now officially announced the PS5 version.

Those interested can check out the Chinese PS5 event right here.

“We are happy to officially announce today that Lost Soul Aside is also coming to PlayStation 5”, developer UltiZero Games writes on Twitter. “We hope you look forward to game and we appreciate your continued support.”

A release date for the Devil May Cry and Final Fantasy XV lovechild has just yet to be revealed.

The PlayStation 5 is available worldwide right now (although it’s rare if you spot one). Sony will launch the console in Mainland China on May 15, 2021 (digital and disc version) with Ratchet and Clank, Sackboy's Adventure, and Genshin Impact being prepared for the launch period. Chinese pre-orders will kick off later today.

More info about Lost Soul Aside can be found on the official website of developer UltiZero Games.

The war ended ten years ago, the unknown monsters then appeared,

Kazer accidently got combined with an ancient rare Arena,

Then they got on the journey to seek for the mysterious crystals with their own purposes.