Gone are those days when DRM solutions helped video game developers to avoid video game piracy on PC, and it took computer jockeys fairly long to crack open most newly released games for free-of-cost download. Now that the PC gaming community is growing sufficiently, it has become only a matter of hours before a major triple A title is cracked and put up for download on the internet after its official release, or sometimes, even before. However, it looks like CI Games is having great luck with its recently launched next-gen video game known as Lords of the Fallen, as its PC DRM still remains uncracked now after 3 days of release. 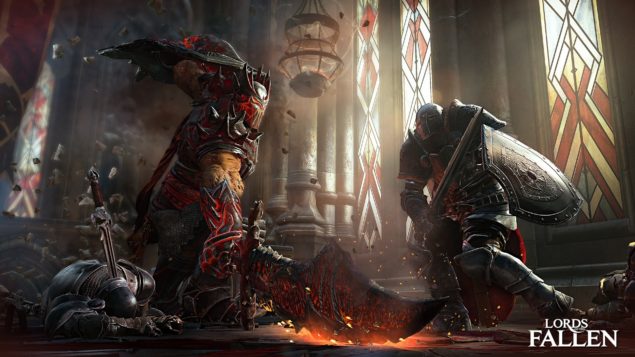 Lords of the Fallen Still Uncracked on PC, Thanks to New DRM Solution - Supposedly Causing In-Game Bugs and Crashes

Known to almost all, to protect online video game content and stop it from being pirated, and copyright-violated, video game developers use a class of technologies known as Digital Rights Management. Though after years of advancement and growth in PC gaming and key punchers’ community, DRMs are not as strong and effective now as they used to be in the past. Developers consider their DRM solution as a fortune if it lasts a couple of days after official release of the game, as most major AAA games are cracked and pirated on PC only after hours, or sometimes even before, their launch.

However, it looks like the PC version of Lords of the Fallen, a recently released action-packed hack and slash role-playing video game that has been developed by CI Games and Deck13 Interactive exclusively for latest platforms, is doing pretty well with its DRM, even 3 days after its official release. The game hasn’t been cracked and pirated yet, all thanks to a new DRM solution that it takes advantage of, and which is also considered as the main cause behind various in-game performance issues including frequent crashes and bugs.

The DRM solution that Lords of the Fallen uses comes from a copyright protection company known as Denuvo, and it is apparently the same one that has been used in FIFA 15, which is also yet uncracked. While this DRM has kept the game from being pirated until now, it has also been reported several times that this solution is supposedly the main cause behind several in-game bugs and crashes that are affecting users’ gameplay experience. CI Games has rolled out a guide using which, players can turn PhysX effects off to stabilize gameplay but problems still persist for many.

To improve gameplay stability, the developer is working on a patch that is aimed at fixing all performance issues, and it is still official unconfirmed if the new DRM solution is really causing all the mess, but one thing is for sure, Lords of the Fallen has escaped privacy in its first two days, which is an accomplishment in itself.