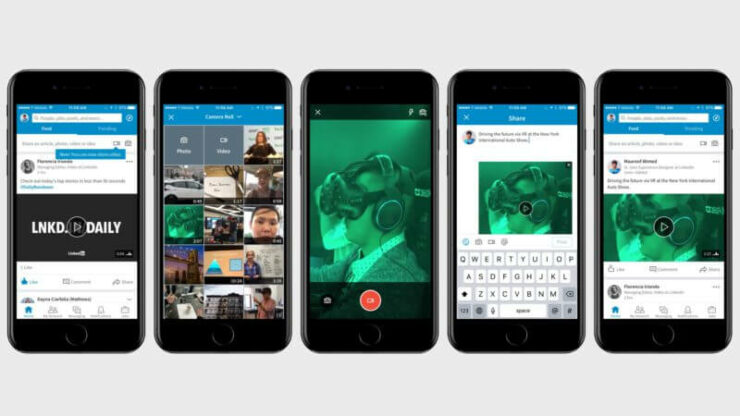 What comes to your mind when you think of LinkedIn? Job search, business networking tool, right! Well, LinkedIn wants to change that thought a little bit by adding social networking to it. While the website received a design overhaul, earlier this year, not many users turn to LinkedIn for their daily dose of social networking updates. Twitter or Facebook are the major destinations when it comes to social networking, but with the latest additions, LinkedIn seems to be jumping in.

The company added native video support to the website today. It began testing the feature, last month, and now it is available for users site wide. Now, LinkedIn users can upload videos to the website just as they do on Facebook. Not just the website, LinkedIn’s Android and iOS apps also support the new feature, but there is no livestreaming option yet. LinkedIn believes that with the new video feature, professionals will be able to share details about their work in a more appealing visual way. Pete Davies, a group product manager, said, "You can use video to share your ideas, learn from others and jump start new conversations."

Microsoft is currently rolling out the new feature to all the LinkedIn users, globally. Over the next few weeks, all the users will be able to use it, and they will also be able to access analytics on locations of video viewers, comments, likes, and views. The main ability will be to see what kind of videos are viewed by the companies. This data is also similar to what Facebook offers to its page admins, it provides them with "insights" about the audience engagement on their page.

Last year, Microsoft acquired LinkedIn for $26 billion, and since then, it has rolled out a variety of new features for the job search and business networking platform. Now with the rollout of the new video feature, it looks like Microsoft wants to tap the user growth on the platform and turn it into a social network. In the future, we will more features debuting on the website and app, making it more social than ever!