Facebook Is Redesigning Its Mobile App With Improvements In Conversations, Navigation And More 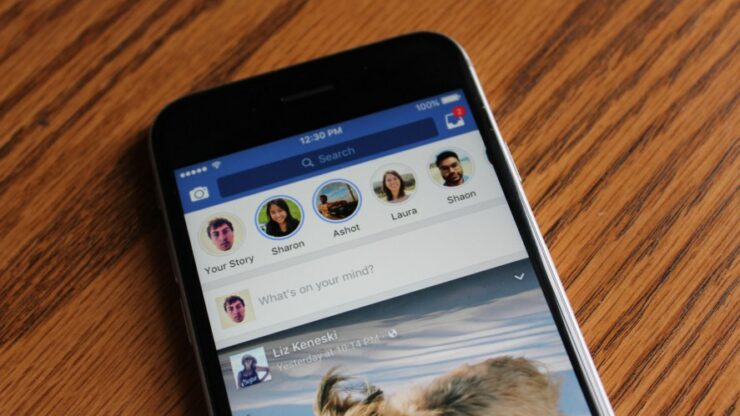 Facebook is always in the works to improve its mobile apps in order to derive the best experience for users on the platform. Earlier today, Facebook-owned Instagram also confirmed that it is bringing an all new design to its comment system which will be organized in a threaded conversation style. Now, as it turns out, Facebook is bringing some changes in the comments section of its mobile app. While the structure and organization of the comments would more or less remain the same, the new change is visual. Apart from this, there are other changes part of the plan as well. So let's check it out what those changes are and when will the update arrive.

Facebook Is Resigning Its Mobile App In Favor Of Communication, Navigation, And Readability

According to the social networking giant, its mobile apps are getting an updated look which will “make News Feed more conversational and easier to read and navigate.” As you can see in the pictures shared, there will no longer be a blue bar at the top of the app's interface. This will provide a clean cut design and gives an elegant touch to the interface. 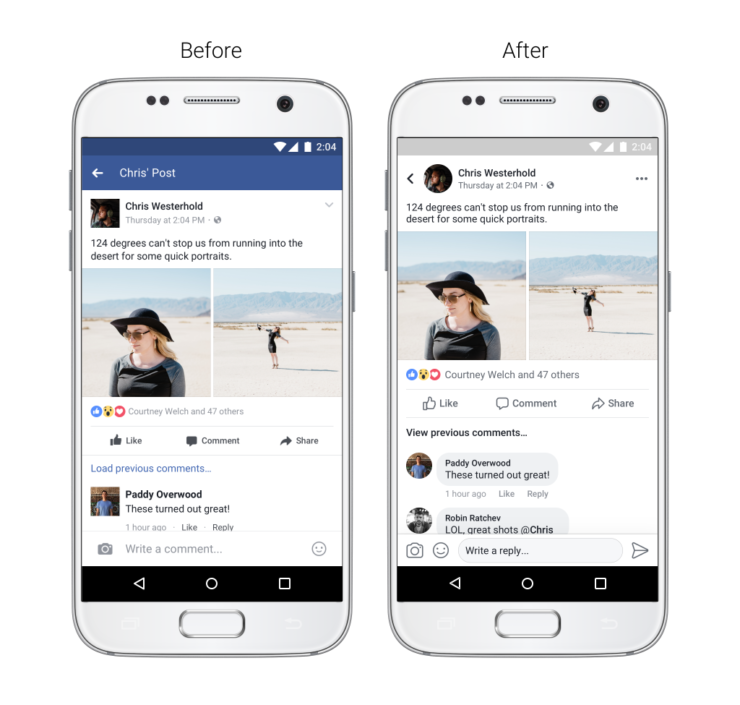 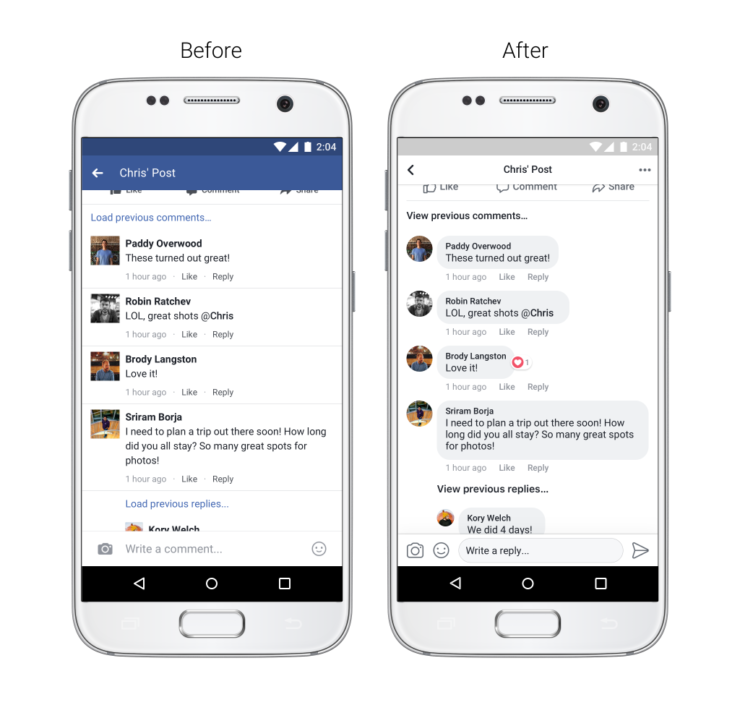 “We’re always working to help people have more lively and expressive conversations on Facebook. More and more, comments have become the way to have conversations about a post with other people. We’ve updated our comment style and made it easier to see which comments are direct replies to another person.”

To top it off, Facebook is also working to make its News Feed easier to read. To accomplish that, the app's colors will be much more pronounced. In addition to this, the preview of links are enlarged, making it easier for an individual to interact with it. Moreover, Facebook also pulled a Twitter as profile pictures would be circular in shape rather than the square ones we see now. The overall navigation in News Feed creates a more consistent experience. You will be able to: 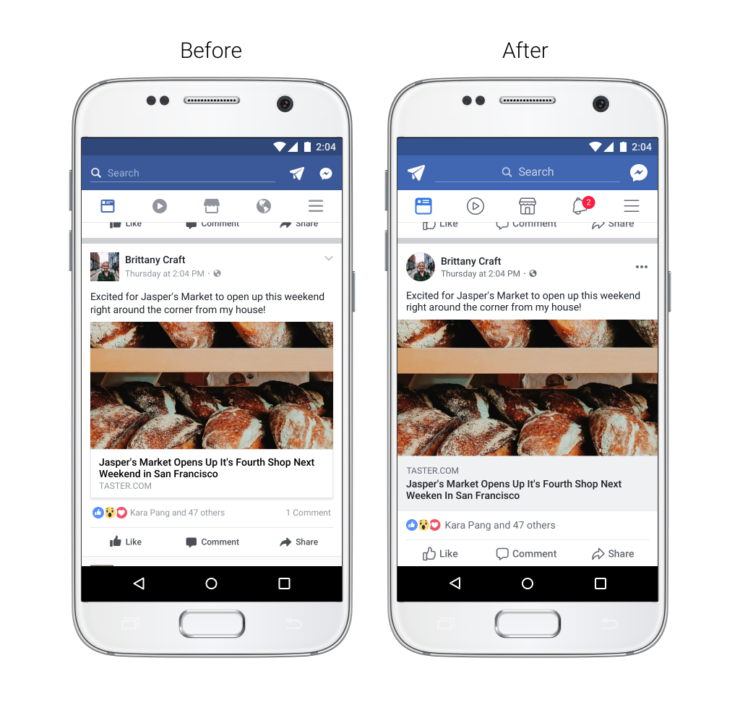 According to the company, the update will arrive in the coming few weeks. However, no exact dates have been specified at the moment. This is it for now, folks. What are your thoughts on the upcoming design variations in Facebook's mobile applications? How did you like the new thread-like comments section? Share your views in the comments section below.