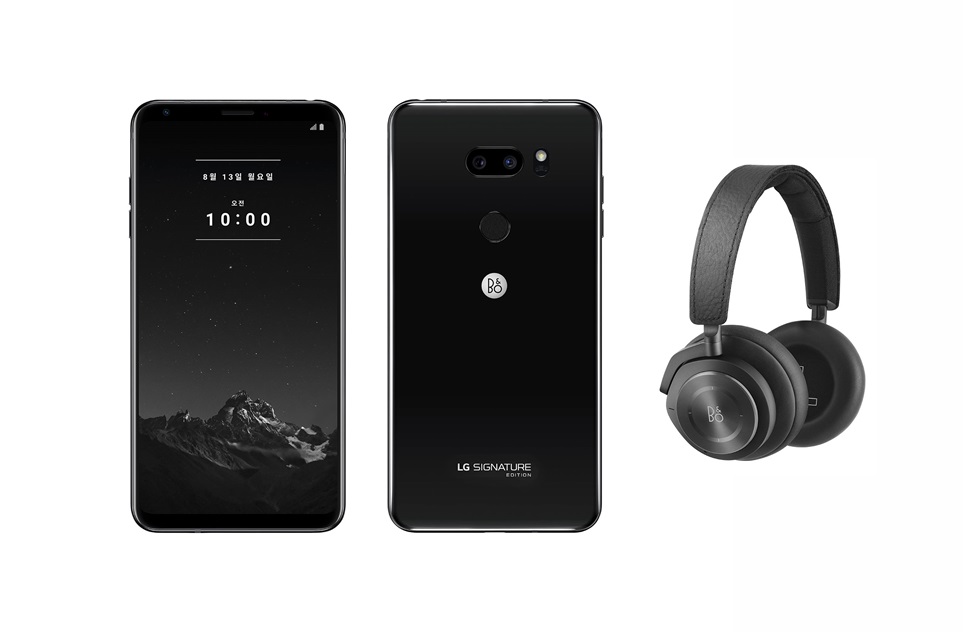 Manufacturers have always released special editions of their products meant exclusively for die-hard fans of the product in question. Things are no different in the smartphone world, as several OEMs such as Xiaomi, Huawei and others have already released special editions of their flagship devices. LG just announced a special version of the LG V35 ThinQ that'll retail at 1,999,800 Korean Won (approximately USD 1,800). The device will come with a ceramic back, and LG says that they'll only make 300 of them. According to their blog post (translated from Korean):

LG Electronics plans to sell this product for two weeks starting on the 30th of this month, and it will be officially launched on the 13th of next month. It will be released for self-help and will be sold for 300 units. The price of the product is 1,999,800 won.

Dubbed the LG V35 ThinQ Signature Edition, the smartphone will come with a zirconium oxide ceramic back, which is standard material in luxury watches and is highly scratch resistant. It will be a maxed out version of the LG V35ThinQ with 256GB of internal storage and 6GB of RAM along with the standard LG V35 hardware that includes a Qualcomm Snapdragon 845, two 16-megapixel primary cameras, an 8-megapixel secondary camera and a 3,000mAh battery to power it all.

You even get a pair of Bang & Olufsen Beoplay H9i Bluetooth wireless headphones with your purchase. They're B&O's most expensive headphones and cost $500 on their own. Lastly, you'll get a dedicated support executive of your own, should something go wrong with the phone. Since there are only three hundred of them, you can add a personal touch it. For no extra cost, you can engrave your name on the back of the product and leather wallet case. The deal is available exclusively in South Korea, so if buying a $1,800 phone with your name on it is something that piques your interest, book your flights now. There's no telling how long the stocks will last. We saw LG do the exact thing with the V30 last year, but back then, you got two pairs of headphones instead of one.