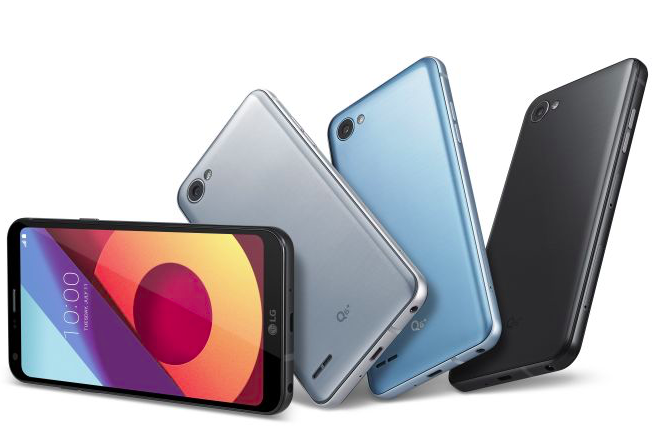 LG today announced that its Q6 smartphone that was unveiled a few weeks ago - will now be officially available in several markets all around the world, starting this week. The first market to get LG's latest smartphone is South Korea, wherein the LG Q6 will be up for sale from August 2. The availability of the device will subsequently occur in other markets like Asia, Europe, and "the Americas" (as mentioned by LG). It means that the device should be released in the US soon.

The South Korean manufacturer says that its Q6 smartphone will be sold "at an exceptional price that discerning millennials can appreciate." It reminds of a report that stated that LG's new phone would be offered at €349 in Europe. In that case, we may see the LG Q6 retailing at or under $350 in the US.

To recap, the LG Q6 is a lot similar to LG's latest G6 flagship that is available in the US since March. The Q6 is a compact version of the G6. The LG Q6 has a metal frame around it and runs Android 7.1.1 Nougat out-of-the-box. The device features a 5.5-inch Full Vision display with 1080 x 2160 pixels resolution. It is powered by a Qualcomm Snapdragon 435 processor and is backed by a 3000mAh battery. Unlike its bigger version, the LG G6, this one does not come with dual camera setup on the rear. The Q6 comes with a 13MP rear camera, plus a 5MP front-facing camera. Another drawback is that the Q6 lacks a fingerprint scanner, but there is face recognition feature for unlocking the device.

What's your take on the LG Q6? Would you think about buying it when it launches in the US? Share your thoughts in the comment section below.