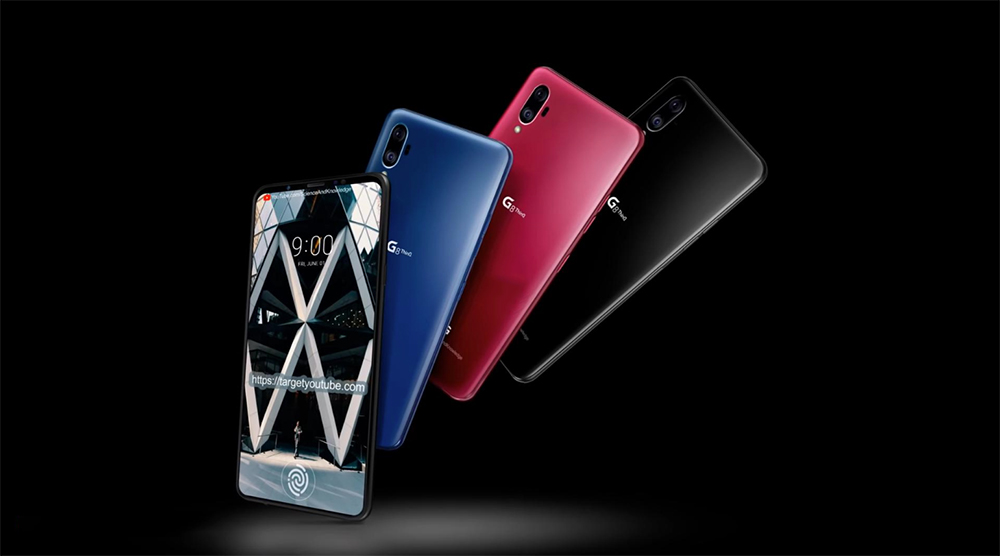 LG recently released the G7 ThinQ which means the G8 ThinQ will not be released anytime soon. Some designers have now created a third-party concept design of the LG G8 ThinQ and have conceptualized the upcoming flagship in the colors Blue, Black, Red, and Gray. Comparing this to the G7 ThinQ, the latter looks like something that was released five years ago.

The concept design of the LG G8 ThinQ has a metal and glass design, which is nothing special, but get this; It has ultra-slim bezels but enough above the display to contain the selfie camera, sensors, and earpiece. There is no chin or in other words, there is no bezel below the display. The display has rounded corners and the SIM card slot is at the top of the phone. The power/lock key is on the right-hand side of the phone while the volume buttons are located on the left. The concept design of the phone also features an in-screen fingerprint sensor and there is a dual camera system on the back of the device that is vertically aligned.

The LED flash is located below those cameras. The laser autofocus can also be seen on the back and LG’s logo and the ‘G8 ThinQ’ branding are also visible at the back. Apart from coming up with a design, the designers have also assumed some specs for the phone. Both sides of the phone are covered by the Corning's Gorilla Glass 5. The phone is IP68-certified and also MIL-STD-810G compliant. The phone has a 6.2-inch QHD+ AMOLED display with a resolution of 3,120 x 1,440 and it is HDR10 and Dolby Vision complaint, though it should be noted that the smartphone has been rumored to feature a 4K display when it hopefully launches next year

The phone runs Android 9.0 and it is powered by the Snapdragon 845 SoC, which again would not be fitting for a flagship released in 2019. The designers have also assumed the phone to feature between 6 and 8GB of RAM, as well as 128GB or 256GB of onboard storage. The internal storage is expandable up to 512GB. The rear cameras are 16 and 20MP while the selfie camera is a 16MP shooter. The phone also supports wireless charging and fast-wired charging and comes with a headphone jack, which still very surprising considering that it is the year 2018.

You can check out the video given below and if you want to see more impressive concepts from the YouTube channel, we highly recommend checking out the effort they made with the OnePlus 6T; its practically a Vivo NEX with that pop-up selfie camera.