Previously, it was reported that Lenovo K3 Note’s latest AnTuTu benchmarking score zipped past OnePlus One, Galaxy S5 and HTC’s One M8. The smartphone featured a price tag of $145, making it an affordable powerhouse when pitted against the previous generation flagship devices. However, if the smartphone squares off with Samsung’s newly released Galaxy S6, then K3 Note’s hardware specifications will be insufficient to give the flagship smartphone a challenge. Besides, Elephone already has a contender that will give Samsung’s Galaxy S6 a run for its money. It is called Elephone P7000. 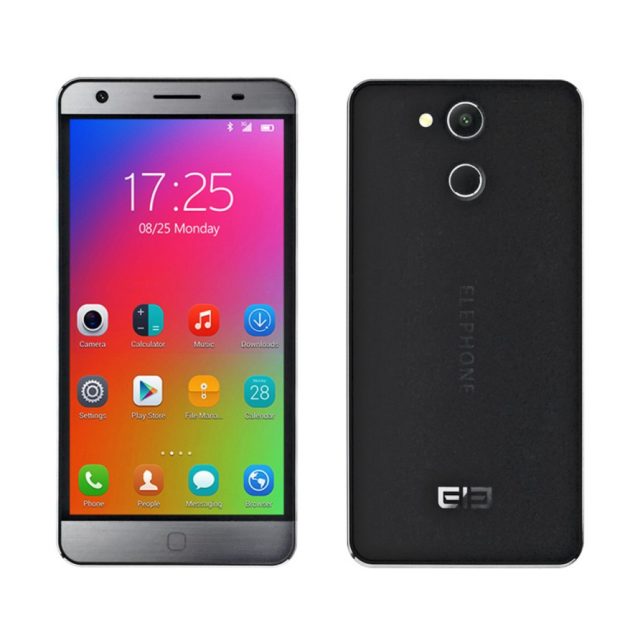 Elephone P7000 currently carries a pre-order price $229.99. If you happen to order the phone after the pre-order session has expired, then you will have to pay an extra $10, making your grand total come up to $239.99. Majority of the times, we have heard that some smartphones’ price tag does not justify the product that you receive, but on this occasion, we are inclined to say the complete opposite, since for the above price, you will be receiving a mobile computing powerhouse.

Even though it is armed with a MediaTek MT6752 chipset, the same one present in K3 Note, ARM’s octa-core Cortex-A53’s clock speed has been upped to 2.0 GHz instead of the default 1.7 GHz. Additionally, the smartphone is also equipped with a Mali-T760 GPU (2 Cores), 3 GB of RAM and 16 GB of expandable on-board memory. While in pure performance metrics, Elephone P7000 will not be able to keep up with Galaxy S6, but that does not mean that you have to shell out $600 on Samsung’s flagship offering. After all, spending $240 and sacrificing a wee bit of performance will result in a very smart purchase on your side.

Additionally, Galaxy S6’s 1440p display resolution might transform everything inside it in to ‘eye candy’, but its 2,550 mAh will not be able to provide sufficient battery time. Elephone P7000’s housing possesses a massive 3,450 mAh battery, so if battery timing and price are your two core requirements, then this phone is definitely the product for you. We’re not done yet; Elephone P7000’s secondary selling point will not be its fingerprint scanner, but the fact that it is compatible with seven different ROMs.

These ROMs are as follows:

Larger battery pack, impressive hardware specifications (and that too without blowing a hole in your bank account), fingerprint scanner and support for seven different ROMs, it appears that we have a clear winner on our hands. Sure, you might be sacrificing a fraction of the performance, but sometimes the price of the other product is just not worth it.