Lego Star Wars: The Force Awakens Revealed, To Release This June On Consoles And PC

If the Star Wars hype has taken you in before the release of The Force Awaken and it still doesn't let you go, you will be happy to know that another Star Wars video game based on the latest movie is going to be released later this year. 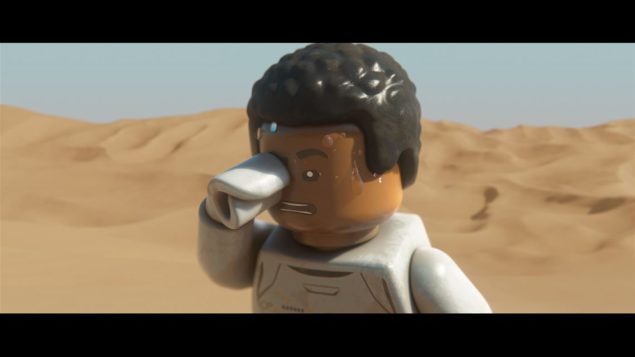 A few hours ago a leaked trailer has revealed Lego Star Wars: The Force Awakens, the latest Lego Star Wars game based on the franchise. The game is currently in development by TT Games and will be released on June 28th on PlayStation 3, PlayStation 4, PlayStation Vita, Xbox 360, Xbox One, Wii U, 3DS and PC. You can check out the leaked trailer, which features some of The Force Awakens scenes recreated in the usual humorous Lego style right below.

A Lego Star Wars: The Force Awakens listing has also surfaced on the Xbox Store, revealing some interesting details on additional content. According to the listing, this additional content will help bridge the gap between Episode VI and Episode VII. New features such as Multi-Builds and Blaster Battles have also been revealed by the listing.

LEGO Star Wars: The Force Awakens also introduces Multi-Builds and Blaster Battles to the LEGO videogame universe. With Multi-Builds, use available LEGO bricks to open up new paths, then break them apart and re-build them again to open up another! And another! During Blaster Battles, use your surroundings as cover to stand against the First Order. "