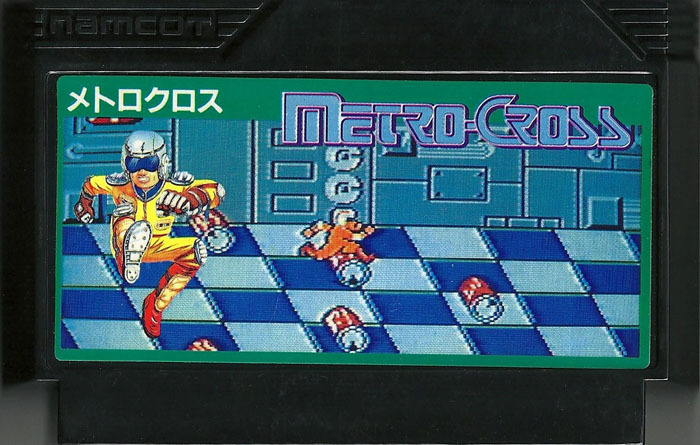 It's always a shame when somebody passes away, regardless of age or the impact they have had on their field. Naturally, it's certainly more felt if somebody has had a large impact on their field and the people that have followed them. This is most certainly the case with Nobuyuki Ohnogi, legendary Namco composer of titles like Galaga, Pole Position, Mappy and Metro-Cross.

As revealed by another legendary composer, Hirokazu Tanaka (Metroid, Tetris, Mother), Nobuyuki Ohnogi has passed away. The first tweet of four covering this sad news and his influence can be found below, with a very rough Google translation of all four tweets following:

Former Namco Nobuyuki Ohnogi passed away. I remember the first time there were four people, Mr. Endo and Mr. Miyamoto, at the beginning of '80. Mr. Ohnogi was involved in this record and told us that he enjoyed recording the music of the Wrecking Crew and Balloon Fight. I only met a few times, though.

At that time, the story of the business era before NES, and the companies were different, but there was a memory that laughed after talking about various things that were really in the same industry and the same sound before the upheaval. I was wondering if I could meet again somewhere, but I'm sorry. I wish you happiness.

Well, at that time, the only staff from other companies that were involved with NES before and after the release of NES was the original Namco people. And only Ohnogi was able to talk about work and work less than the most. And I really thought that it was wonderful enough to be addicted to the sound of namco-san at the time, and told that story at that time. Miyamoto-san also remembers that namco-san's game at that time was highly appreciated, and for some reason, it has been 40 years since that era.

Despite the rough Google translation, it's undeniable the effect that Nobuyuki Ohnogi has had on other people in his field and his influence can still be felt today in titles like Super Smash Bros Ultimate, featuring medleys from both Galaga and Mappy. While most of his music was composed before I was born, I still grew up playing titles like Galaga and Pole Position, with influence from him being found across so many games I've played over the years.