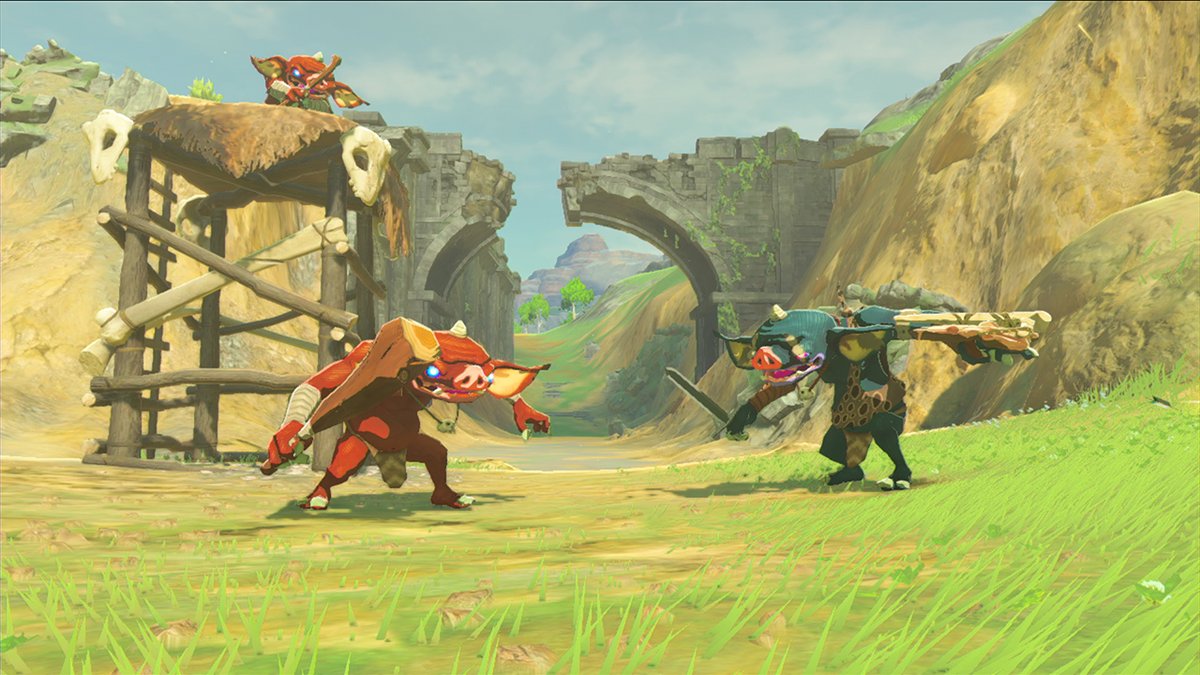 The Legend Of Zelda Breath Of The Wild, the new entry of the popular Nintendo series currently in development for Wii U and NX, is one of the more anticipated titles coming next year, and the Japanese publisher knows this quite well, as it's been trying to keep fans excited with new videos and screenshots released quite frequently. Today, some new screenshots have been made available, focusing on some characters players will come to know well during the course of the game.

The new The Legend Of Zelda Breath Of The Wild colorful screenshots, which can be found right below, focus on the Bokoblins as they're about doing what they do best: causing all sorts of trouble.

A couple of weeks back, some new The Legend Of Zelda Breath Of The Wild gameplay footage has emerged online, showcasing many of the game's most interesting features. Despite the locations featured in the video being the same ones that have been shown in the past few months, the video is still a very good watch for Zelda fans who cannot wait for the new game.

The Legend Of Zelda Breath Of The Wild will launch on Wii U and Nintendo NX on a yet to be confirmed 2017 release date. We will keep you updated on this upcoming Nintendo exclusive, as well as on the mysterious Nintendo NX version, as soon as more comes in on the matter, so stay tuned for all the latest news.