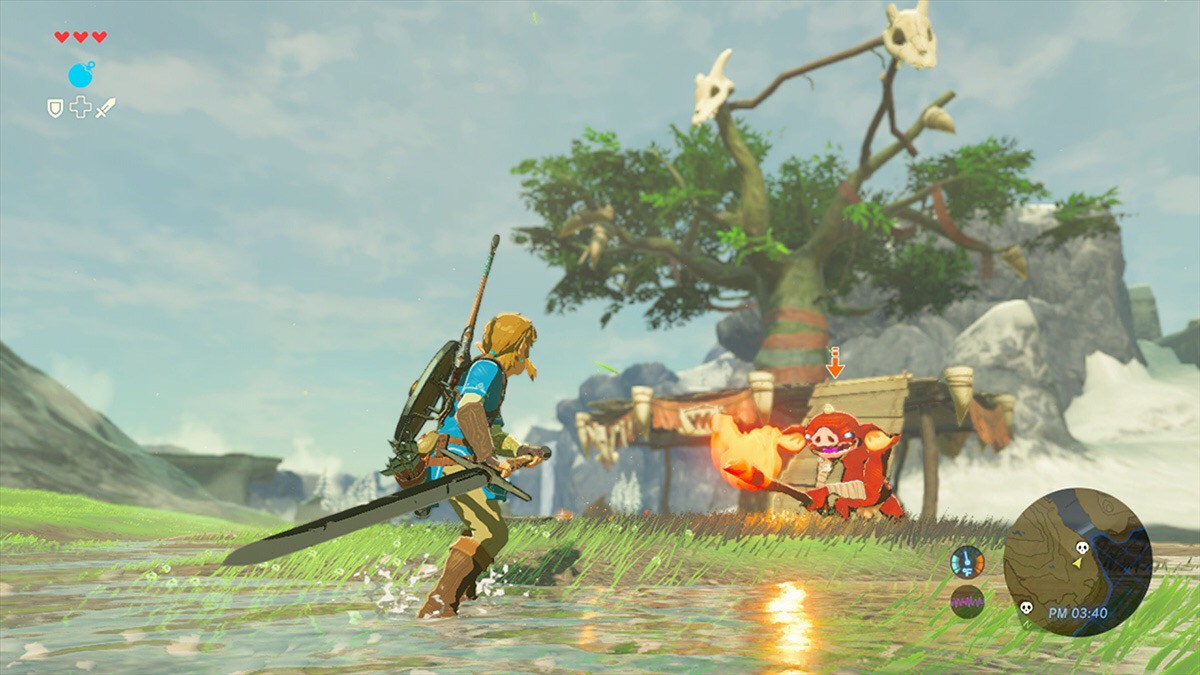 Nintendo has provided a glimpse on a few of the weapons that Link will be able to use in the upcoming Zelda: Breath of the Wild.

The short video was shared by Nintendo of America’s Twitter account recently, and provides a look at some of the weapons that Link will have at his disposal throughout the game. Check out the video below:

Check out a few of the weapons you’ll be able to use in The Legend of Zelda: Breath of the Wild!https://t.co/oI1IiBknuu

In the video we can clearly see Link using a massive two-handed sword alongside a reasonably large axe. The “Bokoblin Arm” also makes its appearance in the new video. Some sort of magical item that casts fireballs can also be discerned.

The game was playable for the very first time on the Wii U at this year’s E3.

At E3 this year, we’re treating people to an immersive Zelda experience,” said Scott Moffitt, Nintendo of America’s Executive Vice President of Sales & Marketing. “By giving attendees extended hands-on time with this remarkable game, they’ll be able to get a much deeper understanding of something new for the franchise.”

According to Nintendo, the new Zelda will give players “unprecedented freedom of adventure”.

“The Legend of Zelda: Breath of the Wild breaks boundaries for the franchise and for games as a whole,” said Nintendo of America President and COO Reggie Fils-Aime. “Where you go, how you get there, the order in which you do it, and the items, weapons and approaches used to solve puzzles and defeat enemies are all up to you.”

Zelda: Breath of the Wild is scheduled for a release in 2017 for both the Wii U and Nintendo’s upcoming new console, the Nintendo NX. An exact release date hasn’t been unveiled, but we’re hoping for a release in March 2017 alongside the planned launch of the Nintendo NX. As always, we will keep you updated when we learn more about Breath of the Wild.