Some guys have Androidspin have claimed that they have been sent by their sources a leaked roadmap of T-Mobile which reveals that 16 new mobile/android devices are coming soon. Now the roadmap may not look like one which we have seen before but that doesn't mean that its all fake.

You can see the image below of the roadmap which was sent by Androidspin. 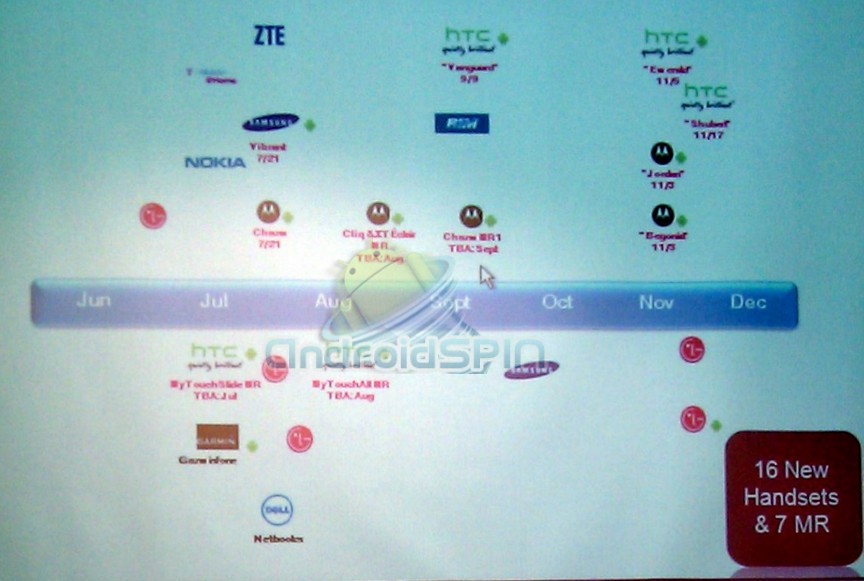 The roadmap shows that HTC has planned to release three new mobiles on T-Mobile within this year which include nclude the rumored HTC Emerald, as well as the HTC Gold which will run on Windows Phone 7. Also some phones like MyTouch 3G, Cliq and Cliq XT might be getting their Éclair updates by August.

Motorola, LG, RIM and Samsung also have a few handsets which will be released on T-Mobile by the end of this year as seen in the roadmap. The looks of the roadmap are quite accurate but the different layout may let you think twice.