ASUS has had a pretty admirable history of always ignoring Intel's official specifications of their LGA sockets and introducing their exclusive revisions. While this is a risky move which can result in compatibility and stability problems, they have managed to pull it off successfully in the past with their "OC Socket". As the introduction of the LGA 1151 draws closer, history is repeating itself with the Z170 ASUS Deluxe Socket (via Benchlife.info). 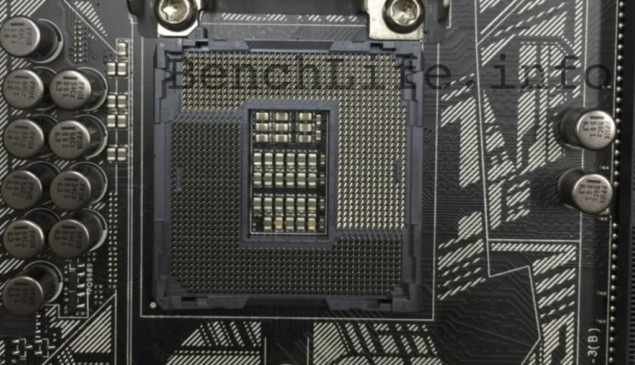 An image of the ASUS Z170 Deluxe Socket. @Benchlife.info

As many of you will know LGA stands for Land Grid Array, while the succeeding number depicts the amount of pins the socket has. As such, I have always found it kind of funny that ASUS tends to call its non-Intel specified sockets the same as the Intel counterparts. For eg, the LGA 1151 Deluxe Socket from ASUS, does not have 1151 pins, rather quite a few more. Given below is the official 1151 specifications that Add in Board Partners are to adhere to: 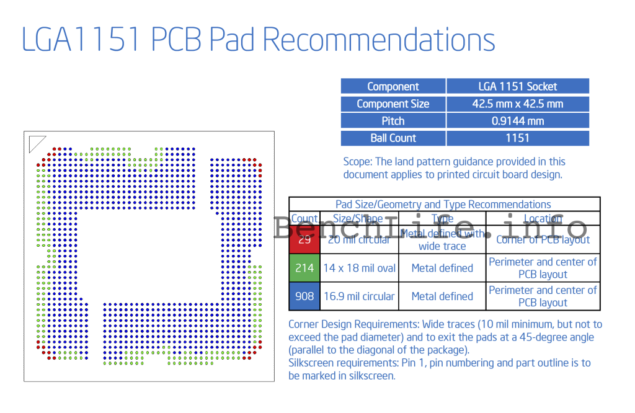 The motherboard manufacturers are supposed to place a pin for every pad present on the processor. In the case of Skylake-S processors, this number is exactly 1151. This is why most LGA 1151 sockets will have exactly 1151 pins - that is, except ASUS. In the case of the X99 OC Socket, the move was supposed to bring higher stability while overclocking and better power management to the processor. In the case of the ASUS Deluxe Socket however, there don't seem to be any apparent advantages (none that our source have reported at any rate).

ASUS is planning to unveil the following motherboards for the Z170 chipset:

There will also be "AR" variants of the Deluxe and A variants. AR appears to be a codename for Alpine Ridge, which is the next generation thunderbolt controller for Skylake processors. Alpine Ridge will double the bandwidth of the interface from 20 Gb/s to 40 Gb/s while cutting the power consumption by half. That's not it either, Alpine Ridge is a multipurpose connection and can churn out HDMI 2.0, USB 3.0 and DP 1.2, not to mention provide charging of upto 100 Watts power.

Intel is readying its Z170 platform for launch on the 5th of August while some of the 170 series will follow behind on 30th August. Many manufacturers have already teased Z170 boards, so the socket isn't exactly top secret. In today's world, the AIB that can offer the slightest advantage will be the one that consumers will buy, since we are talking about heavy uniformity in AIB products and in the case of ASUS - this could be the Deluxe Socket.

ASUS Proprietary but Impressive OC Socket Examined – Is it even LGA 2011?