At the start of this year, Eddy Cue acknowledged that a new version of iTunes will roll out alongside the release of OS X 10.11.4. He also made clear that it would be incorporated with more or less the same design language as Apple Music, so it would be easier to use. However, OS X 10.11.4 has been released, but the new version of iTunes failed to arrive on time. However, some leaked iTunes 12.4 screenshots have surfaced, which shows some of the changes that Apple might include in the future update.

Sources familiar with MacRumors share that Apple will introduce a new dropdown menu, which will be responsible for shifting between different kinds of media, such as TV Shows, Music, Movies and more. The dropdown menu is a replacement for the existing navigation icons. Nonetheless, the menu can be customized according to a user's preferences. You can hide the sections that you don't use everyday, which will declutter irrelevant options. Moreover, back and forward buttons can also be used to navigate between different sections. 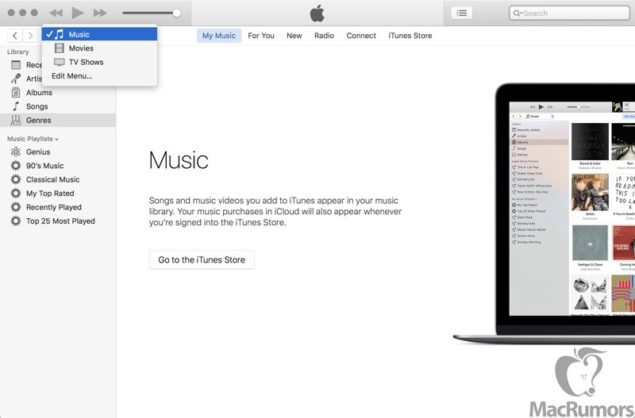 Furthermore, the leaked iTunes 12.4 screenshots also suggests a persistent sidebar located at the left portion of the app. The sidebar will ease access to different sections of an iTunes Library, for instance, you can quickly access specific songs or albums. The media content present on the sidebar can be edited to show content that you want, just as you would do on the menu bar. The songs can be dragged and dropped to specific playlists, which will streamline the navigation for a cleaner user experience. 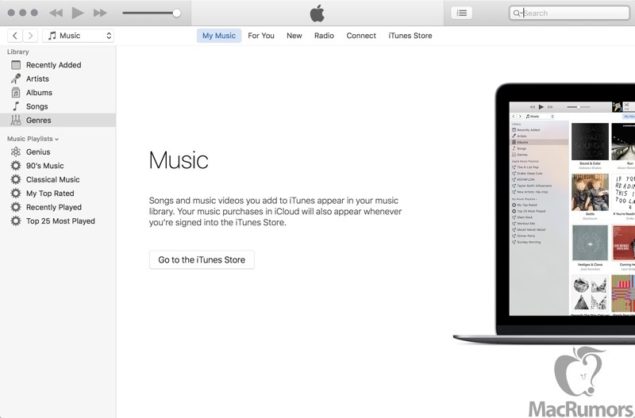 Some slight iterations will also be added to the mini player with a relocated Up Next song feature for a clearer view. Other than this, the leaked iTunes 12.4 screenshots also shows that the menus will be more simplified and the available content or media in the Library can be customized using the all new View menu.

According to the source, the iTunes 12.4 will be released in the coming few weeks. Previous rumors have suggested that Apple is currently in the works to completely redesign Apple Music for iOS 10. If Apple plans to announce the refreshed Apple Music at WWDC, it is most likely that iTunes' new version, 12.4 will make a debut before that.

This is it for now, folks. How did you like the redesigned interface of iTunes? Do you think there is more to it other than what the leaked iTunes 12.4 screenshots show? Share your thoughts in the comments.