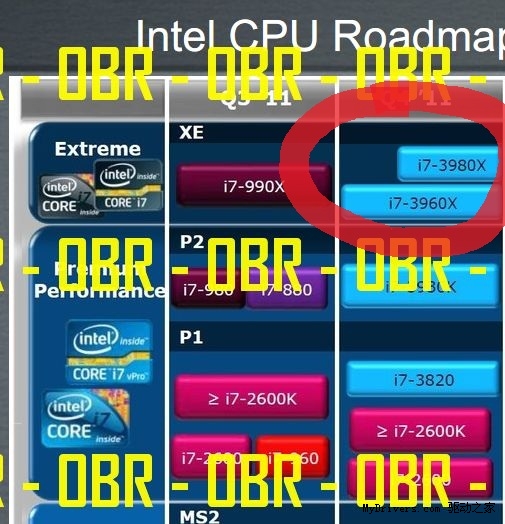 A new Intel chart has been leaked by OBR which details Intel's upcoming Sandy Bridge-E Processors. According to the chart Intel would be releasing its Sandy Bridge-E Platform in Early Q4 2011 with the launch of 4 New Enthusiast CPU's.

The X79 (LGA2011 socket) Compatible chips would include Core i7 3960X, Core i7 3930K, Core i7 3830, Core i7 3820 which we already detailed earlier with full specs and clocks details here. The best part is that the latest chart has also revealed the Flagship offering of Sandy Bridge-E Platform, Core i7 3980X Extreme Edition CPU featuring stock clock of 3.4-3.5Ghz with Turbo upto 4Ghz-4.1Ghz. The chip is another Hexa Core model with 12 threads and will launch in late Q4 2011.

You might wanna check on other Sandy Bridge-E News below: 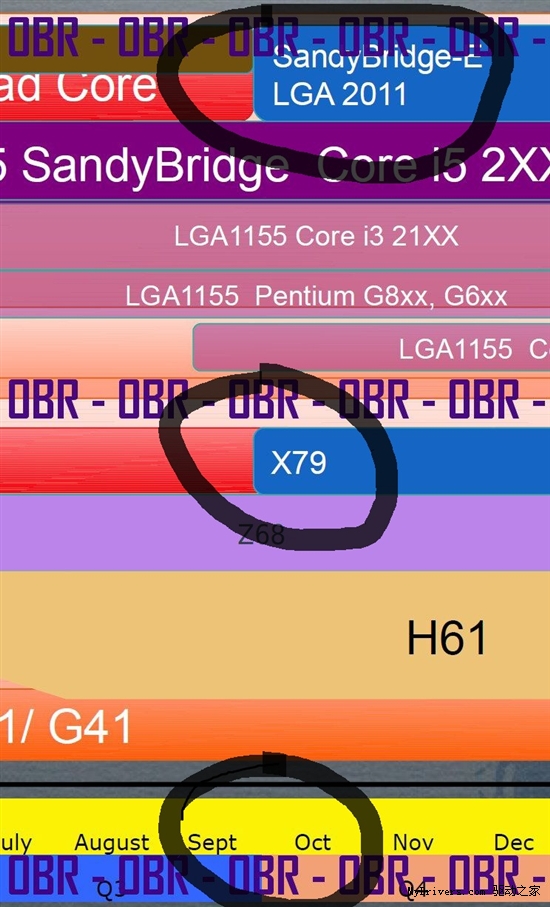