A few new screenshots and art pieces showing environmental assets from Agent, Rockstar Games’ mysterious long-in-development PlayStation 3 exclusive spy game have just emerged online, providing a glimpse at the developer’s lesser known title which was announced more than half a decade ago as a brand new IP, and is still considered to be in development, as Rockstar never officially spoke of the project being dumped. 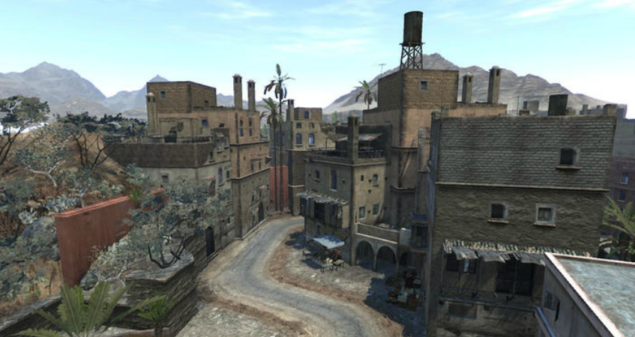 For those who have forgotten, or don’t know about Rockstar Games’ Agent, here’s a quick history recap. Agent was first teased way back in 2007 when Sony Computer Entertainment announced that Rockstar Games is working on a brand new franchise. The game was later announced officially by the game developer/publisher itself during Sony’s E3 2009 press conference as a PlayStation 3 exclusive first-person shooter espionage game set in late 1970s during the Cold War. Since then, there has been no official word on Agent from Rockstar, but bits about the game have slipped out, the latest one being these new images.

The images reportedly come from a game designer Darron Chales Hatton who claims to have worked on the game as part of environmental art team behind Agent before he started working on Grand Theft Auto V during his time at Rockstar North from 2009 to 2010. Of course, this means the assets shown in the images are old and don’t represent any renewed development on the game. This isn’t the first time a former Rockstar employee has shared his work on Agent. Back in 2011, a developer who used to work at Rockstar revealed several screenshots of his work on the game. According to Hatton’s online portfolio, he is “not sure if the game will ever be published.”

The images include screenshots and pieces of art showing the game’s graphical assets. The screenshots show a village on a mountain side with details that clearly represent a last-gen title. You can see fully constructed versions of a single level with multiple story buildings, trees, streets, and more. The images were shared on imgur, and discovered by a Reddit user CaptainThump. You can check out all the images in the gallery below.

While Rockstar Games seems to have abandoned Agent, bits and pieces about the game have surfaced on the internet in the last six years. Rockstar renewed trademark for Agent in 2013. Back in 2009, Take-Two Interactive president Ben Feder said in an interview that Agent is being groomed to the next Grand Theft Auto."It's the A team working on an AAA title," he said. "I think the subject matter, the characters, the story, the environment, the background--all the elements are there. It's such a rich environment to play in."