OnePlus 9 leaks have been around for some time now, and we are not surprised, really, as we are sure that the device is going to release earlier than expected. There is a chance that OnePlus might be preparing three devices this time around in the OnePlus 9 series to give users more options to buy something for a lower price.

However, the latest news talks more about the key charging details coming to the OnePlus 9, along with some details about how the phone is going to look like. So, if you have been waiting to jump the gun and buy the next OnePlus phone, this might be the one reason that pushes you over.

According to two images obtained by 91mobiles, we can see the device having a hole-punch camera on the left side of the device and a flat-screen. However, that is not what caught our attention. There is a clear indication of two features that users love; reverse wireless charging along with wireless charging, of course. Now, both the features were already available on the OnePlus 8 Pro that was released earlier this year, but it seems that OnePlus wants to bring this feature to the standard OnePlus 9. 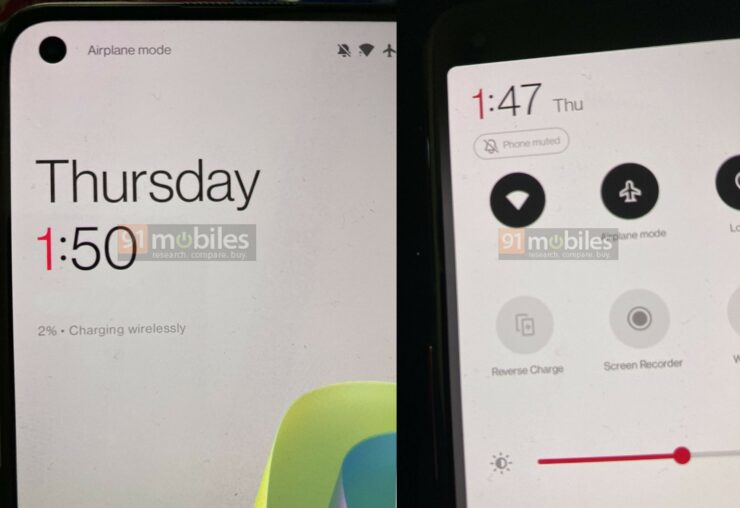 The source also talks about how the OnePlus 9 will be bringing 30W wireless charging and 65W wired charging. Not just that, you are also going to get a 4,500 mAh battery.

As far as the credibility is concerned, 91mobiles happens to have a solid track record of leaks in the past, which means that this is more or less what the OnePlus 9 is going to offer in terms of the charging features. We are not sure about the other features at the time of writing or whether there will be three devices based on the information that we have our hands-on.

Whatever the case may be, we will keep you posted as more news comes forward.