An earlier report published stated that according to an industry insider, Microsoft’s upcoming flagship smartphones sporting the Lumia brand name would be named Lumia Cityman and Lumia Talkman. Now, thanks to the latest GFX Benchmark test, it has been revealed that an upcoming device featuring the model name RM-1106 will feature a screen size of 5.2 inches (as indicated in the earlier report), but surprisingly, there are more than a few minor changes in this benchmarking result. 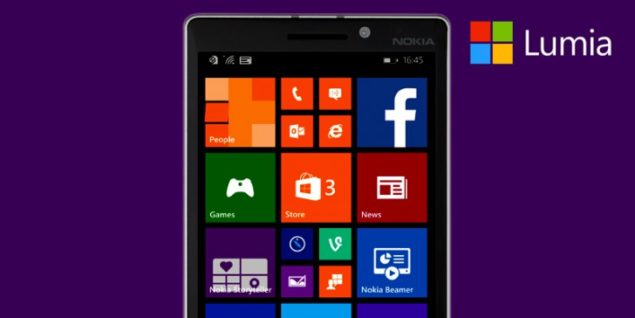 According to WinFuture, the upcoming handset will be rendering a 1080p resolution on a 5.2 inch screen, as opposed to the rumor that it would be exuding a resolution of 1440p. Now, here is the most surprising hardware specification out of all of them. The report states that there is a Snapdragon 808 SoC present inside RM-1106, but the GPU has been listed as Adreno 430, a mobile GPU that is found in Snapdragon 810. A Snapdragon 808 features an Adreno 418, which is a thoroughly puzzling matter. 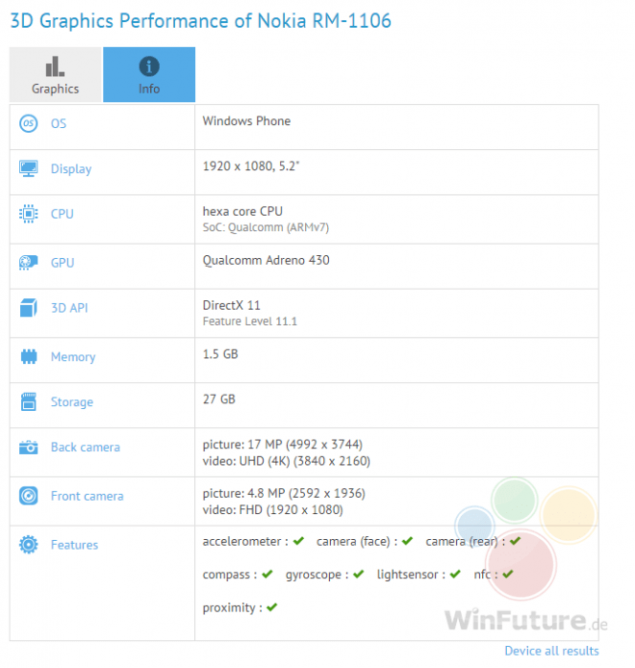 Additionally, RM-1106 is not incorporated with 3 or even 2 GB of RAM; instead, it features 1.5 GB of RAM coupled with 32 GB of internal memory present inside. The Lumia handset also features a 17 MP/5 MP camera sensor combination along with support for NFC connectivity. The smartphone belonging to the Lumia Cityman and Talkman duo might have had the same screen size, but it also featured twice the amount of RAM, a far dense resolution and a rear camera sensor with a larger image capturing resolution (20 MP as opposed to 17 MP).

The remainder of the specifications were right on the money, although we have to say that an Adreno 430 GPU being present on a Snapdragon 808 SoC is an odd mix indeed. It is highly possible that Lumia Talkman had its specifications reduced for testing purposes, or, we could be witnessing a whole new Windows smartphone in the process. Stay tuned, we'll keep you updated.