Its a good day for leaks folks, and while most of the specs, images and renders which have surfaced over the past couple of days belong either to the iPhone 6S or the Galaxy Note 5, we also have plenty of other flagship devices which are expected to come this year. One of these is the next Nexus, which is being reported so far to be manufactured by both LG and Huawei. Today, some photographs of this device have popped up and you can take a look at them below. 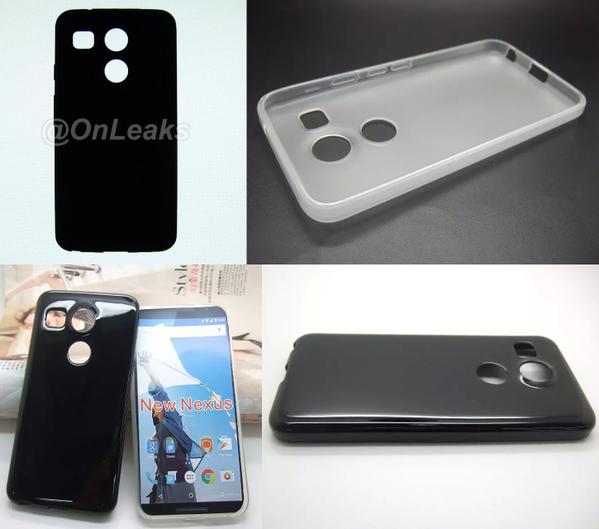 Onleaks is on the top of his game folks, and not a day passes when we see a new device leak coming from the French site NWE's famous editor. Today its the LG Nexus 5's turn, and courtesy of Onleaks we get to see the device's protective shell. Starting from its rear, the Nexus appears to have an interesting assortment of openings which could be used to house a variety of components. While one of these will be for the device's rear camera, there's potential for a fingerprint sensor making it to the device's back as well.

Other features on its shell show us that the LG Nexus has its headphone jack on the top, volume keys and the power button on the right and speakers combined with a data connector port on its bottom. The left of the device appears to be quite simple as of now, with no controls visible on the case. Given the preliminary nature of this leak, we'd expect things to change when it comes to the final device, but you never know. Onleaks has had a great track record so far, and maybe LG is more ahead with the Nexus' production schedule than previously thought. Stay tuned and let us know what you think in the comments section below.

The 2015 Nexus By LG Leaks In More Renders Today