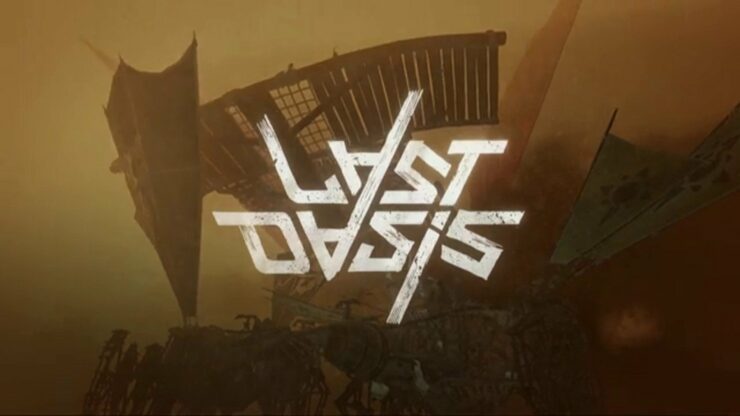 In every survival crafting game, you chop down trees for wood. It's always a good start, but wood soon becomes useless. In Last Oasis, however, woodpunk is the style the team is aiming for and immediately sets the game apart from other survival games right now. You'll start by chopping down trees, but soon you'll be moving across massive landscapes in mechanical walkers made entirely of lumber, and when you've got a clan of friends backing you up, you really can take over the world.

Last Oasis is a post-apocalyptic game where the world has practically ended, save for a few clans. With technology decimated, the only way forward it to use the most readily available resource to survive, and that's wood. And these survivors would put the people who designed Nintendo Labo to shame, with some incredibly elaborate and extravagant designs to traverse the world with.

In the demo I was shown at Gamescom 2019, team members of Donkey Crew were online in Poland to show me what a large-scale game would look like. With dozens of players swarming around an oasis in an otherwise barren desert, I was shown the kind of gameplay we can expect from this brave new survival game.

The most immediate thing I should point out: grapple hooks. You'll be using grapple hooks to latch on to giant wooden creations, buildings, or even trees, and swinging around the environment, as long you have the skill to stay alive. There is fall damage, and getting too brave while swinging around can lead to an untimely death. Or a really awesome kill on an enemy. You'll also be using grapple hooks to attach smaller vehicles to the larger creations, and using them to slowly drag down enemy units, or just hitch a ride on someone more friendly. 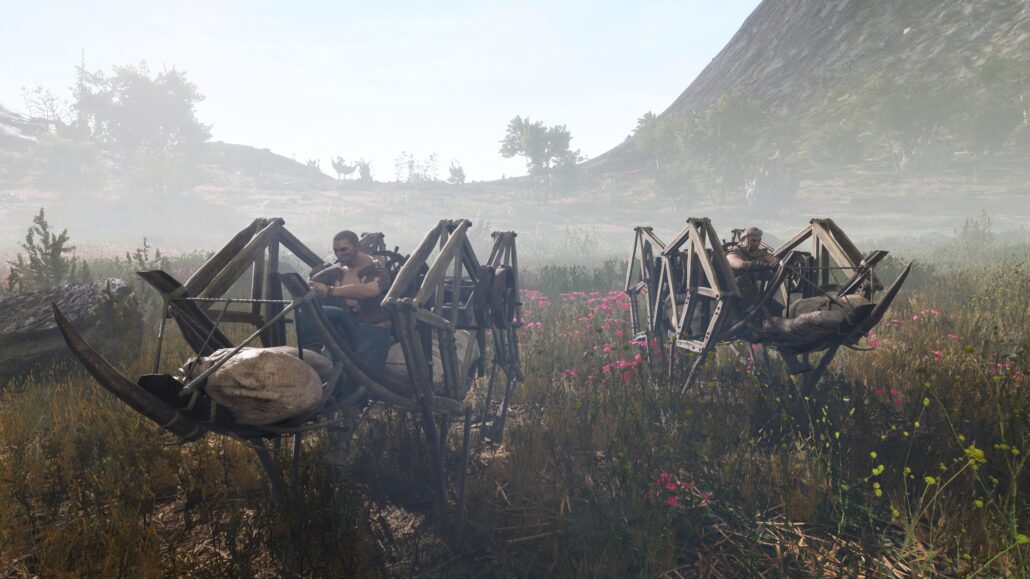 This is Unreal Engine 4, but the devs told me that they had made significant changes to the engine to get everything to work. These wooden machines taxed the physics engine heavily, and new code had to be written in order to accommodate for the chaos that can be unleashed on screen. All of the designs of these wooden machines look like something from a history book, believable yet unthinkable. Like boats are being walked around the world on six stilt-like legs, while wooden planks clank in machinery to make them turn and walk. It's a style I've never before seen in games, and while it's ambitious, it's also visually striking and memorable.

The world moves constantly, and you'll regularly have to move your clan to new areas, and that won't be too much of a problem since you can pack up the entirety of your base onto a wooden walker, and then simply set it up elsewhere. It means that you'll regularly be seeing new, fresh environments, and won't feel tied down to a singular base in any given area, already making it more dynamic than many survival games.

The most exciting parts of the game will undoubtedly be meeting an enemy clan while riding in the open, and facing off against one another in these giant wooden, walking battleships. And that really is the best comparison right now, it's as if the seafaring sections of Assassin's Creed: Black Flag took place on land, and involved more swinging like Spider-Man, but with a bunch of your friends. That's an appealing pitch if I've ever heard one.

Last Oasis is out on Steam Early Access on October 10th.