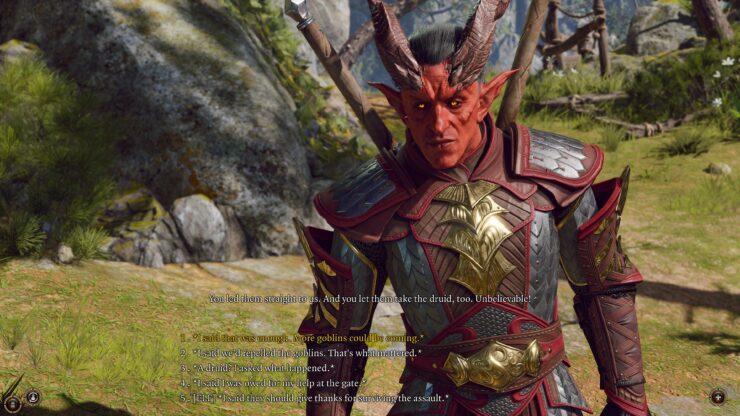 Yesterday saw the big gameplay reveal of Baldur's Gate 3 (after a screenshots leak) at PAX East 2020. Developer Larian Studios also conducted a series of press interviews to divulge more information about the upcoming cRPG; speaking with Eurogamer, for instance, Executive Producer David Walgrave explained that there was never any doubt about Baldur's Gate 3 using a turn-based system instead of the real-time with pause (RTwP) of the original titles.

The choices that we made are ours. Why did we go for turn-based instead of real-time with pause? Because D&D to us is a turn-based game and we're really good - or we have become really good - with turn-based combat. So that, I think, is one of our strengths, and trying out real-time with pause for now, just because the originals were that? It's a big risk. Because the team would have to think completely differently, our combat would be completely different. And we didn't really feel good about that. Normally we do try out a lot. Normally we try out a lot before we make a decision, but with real-time with pause and turn-based we didn't, we just said "Okay, it's just gonna be turn-based."

Walgrave also made it clear that the budget for Baldur's Gate 3 is much larger than that used for Divinity: Original Sin 2, to the point where the game rightly belongs to the triple-A category.

Yes. I think, for instance, what you've seen, with the lip-synching and the cinematics, the motion capturing that we're doing - I think you're still seeing it in "raw" form. But we do know what it can be, and we have again hired a couple of guys with a lot of experience. The cinematic producer and the cinematic director come from Telltale. This is what they've been doing for the last five, six years. They know what they're doing, they know what to request from the team that hasn't done anything like this before. So, if you see that - and if you see all the technical stuff that has gone into our engine - I would call it a triple-A game. It has a triple-A budget, has a triple-A team by now, and I think that is our aspiration. I really don't think you can make Baldur's Gate 3 without saying this is going to be a triple-A game.

Baldur's Gate 3 is expected to launch in early access 'in a couple of months' on both PC (Steam) and Google Stadia.