Large scale RTS Ashes of the Singularity Released This Month 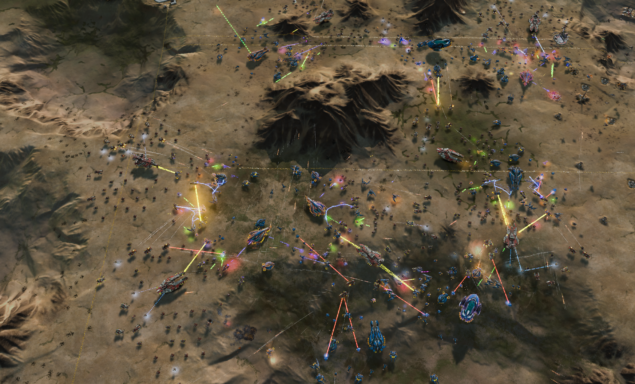 Control your forces - lots and lots of your forces - across the galaxy as the human race decides to tackle everything going in an attempt to find Turinium, the most precious resource out there. More valuable than a decent Pot Noodle.

With Ashes of the Singularity, we want to present players with a game that lets them feel like they are fighting a planetary war, not just a battle.

We are not looking to reinvent the RTS. Our goal is to introduce a new generation of gamers to the general awesomeness of real time strategy gaming. That means showing how well non-cheating computer players can perform in single player as well as making it easy to get multiplayer games going.

The developers claim that the complete version, to be released on March 31, will contain all of their intended features, including, in their own words:

Ashes of the Singularity V2.20 Shows 20% Improvement On Ryzen

Ashes of the Singularity: Escalation Is a Standalone Expansion Due on November 3rd