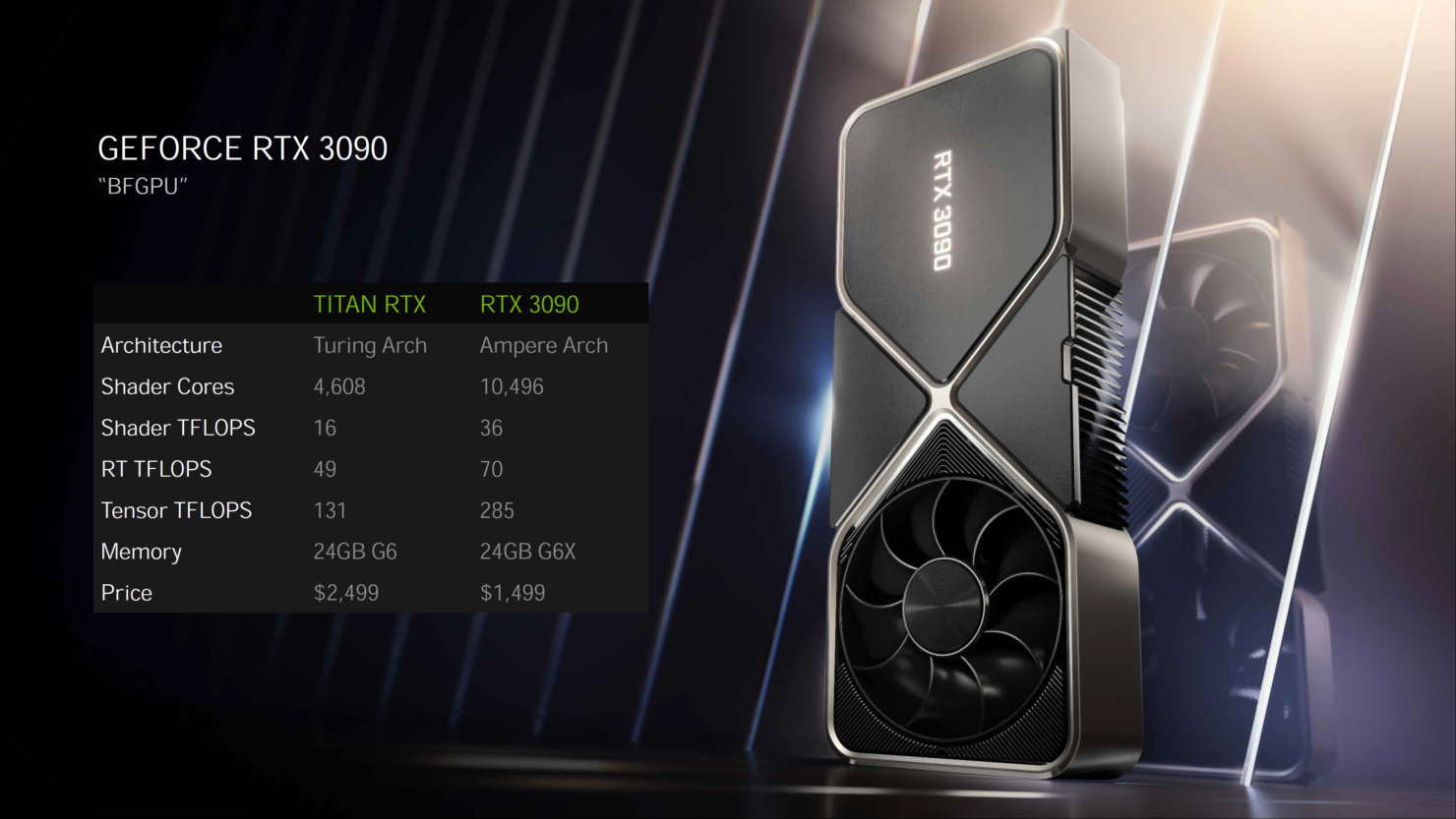 A single measly point of data for the upcoming NVIDIA GeForce RTX 3080's performance improvement over the 2080 Ti leaked out earlier today courtesy of _rogame (via Videocardz). Before we begin - a warning. This represents a single point of data - of a particularly controversial title featuring drivers that may or may not be optimized yet. Take it with a grain of salt and always wait for third party reviews before making a decision. With that out of the way, let's dig into it.

The RTX 3080 features a 100% improvement in CUDA cores compared to the RTX 2080 Ti (8704 cores vs 4352 cores) and this is something that should easily translate into slightly less than double the gaming performance (assuming a slight dip in clocks and increased thermal limiting) in most titles with very little optimization. This, however, for some reason, does not appear to be the case in this single data point. The RTX 3080 coupled with an i9 9900K (which is a very capable CPU) produces just over 88 frames in 4K with a score of 8700.

I do wish to iterate again here that there could be multiple reasons why this is not even close to being indicative of final performance: for one we dont know the clock speed this was run at. We don't even know for sure if this is the actual RTX 3080 (AotS scores are not impossible to fake). In fact this score is just about the same as a highly overclocked RTX 2080 Ti which leads us to believe that  this is actually an RTX 2080 Ti masquerading as an RTX 3080.

_rogame was also able to get some stock numbers to compare this score against:

As you can see this particular RTX 3080 scores around 27% more than a bone stock RTX 2080 Ti, which is a performance increase that can be achieved just by using very high clock rates and a closed-loop liquid-cooled. The performance shown here absolutely does not make sense considering the RTX 3080 rocks a 100% more CUDA cores. If this score is true, then there is something very wrong happening in this test, either through the driver stack or through the software stack. Our money however, is on this benchmark being fabricated.