Ashes of the Singularity V2.20 Shows 20% Improvement On Ryzen

Okay, I know the long time running joke is that Ashes of the Singularity is a benchmark and not a game, but it really is a full fledged game receiving constant updates and even an expansion that later combined both the original AotS and Ascension into one package.  Okay, with that out of the way let us get to the real topic at hand here, Ryzen update.  Ashes of the Singularity is now the first game to see a proper update to take advantage of the new AMD Ryzen architecture.  This was much needed as even in our review of the Ryzen 7 1800x it fell short by a significant margin in this title.  Just keep in mind going forward that we only took the CPU test results for that review. 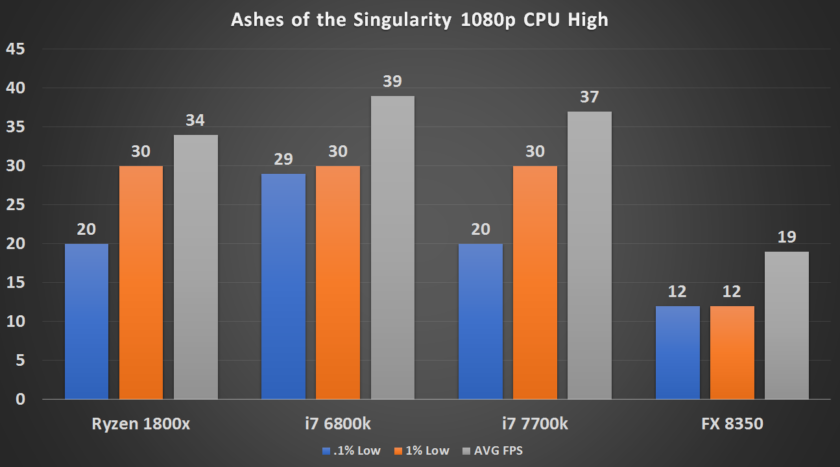 taken from our video review 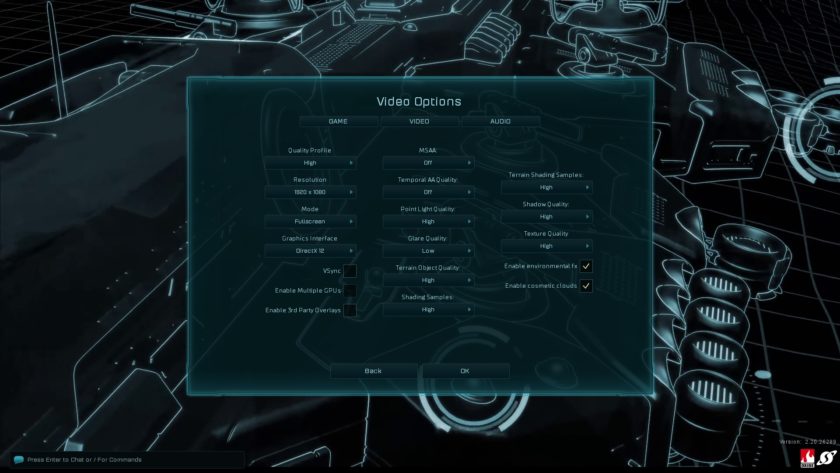 Testing the game was easy enough. We ran through three runs of the built in benchmark tool for GPU and CPU and took the averages of each AVG ALL, Normal Batches, Medium Batches, and Heavy Batches to see what variation we could measure between the entire run. We ran the game at 1080p with the High preset in DX12 mode for all of these tests, both GPU and CPU on both V2.10 and the new V2.20 build. 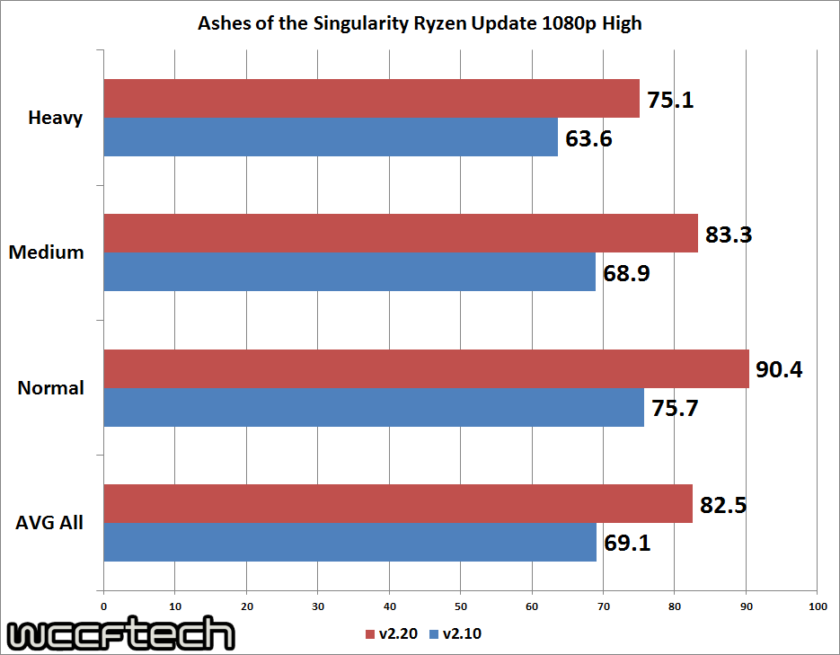 The results of the GPU tests pretty much say it all here, there has been a massive improvement in performance, better utilization of the CPU netted serious gains here. Overall average FPS saw a 19.4% improvement. Normal Batches saw the same 19.4% improvement. The Medium Batches portion of the test saw our best improvement with a 20.9% gain. Heavy Batches may have gained the least amount of the entire test but I don't know anyone who would balk at a still 18% gain over the games previous version. 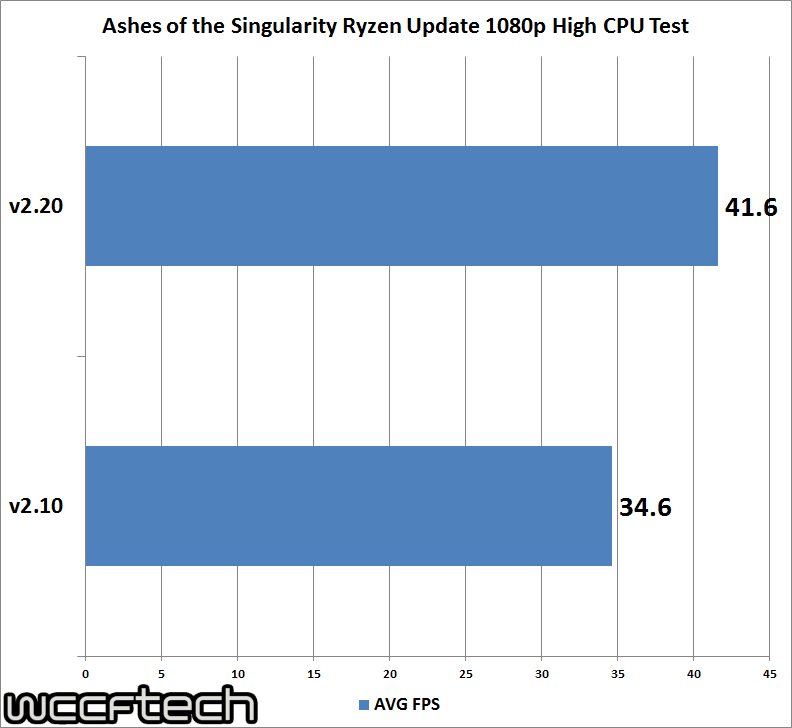 The CPU benchmark here shows yet again that 20% uptick in performance gains. If you refer back to the chart from our Ryzen 7 1800x review this gain now puts the 1800x ahead of the Intel i7 7700k in this title, which is theoretically where it should be giving the games ability to scale with hardware as well as it does.

AMD did say there would be updates coming and that they were working with developers to help bring these to market, and it looks like the first delivery was a success. I know there are other sites reporting greater gains than what we're showing here, but this is where we are with what we've tested and the results are good. This is a great step in the right direction for not only the companies involved, but the consumer invested in these platforms. If AMD continues to push this level of success then those early adopters are in for a real treat. Now I can't help but wonder was Ryzen the only architecture to see gains from this update. Sound off in the comment section if you're running a different setup with either an older FX based CPU or an Intel Core series and let us know if you're seeing gains as well.