Kyocera was a smartphone pioneer, but it largely dropped out of the market a few years ago, when it decided to focus on lower-cost phones.

According to their spokeswoman at CTIA

“You will see a trend in the Kycoera/Sanyo product lines to feature more smartphone and higher-end devices.”

The price Tag of Kyocera ZIO will be between US $169 with contract and without contract it will be US$216. Kyocera Zio offers 600 Mhz Qualcomm MSM7227 processor. The phone will be launched with Android 1.6 upgradable to Android 2.1

The most attractive this about ZIO is it has a 3.5-inch, capacitive, WVGA screen with 800 x 400 pixels

ZIO is a 3g CDMA phone with 3.2 mega pixel camera & a dedicated camera key to have fun with apps such as PhotoVault and Google Goggles it can capture video at 30 frames per second. Other features include a virtual QWERTY keypad, advanced voice dialing, a superior speakerphone, stereo Bluetooth and 3.5mm stereo headset jack, USB 2.0, GPS & WiFi

Zio has a internal memory of 512MB and supports 32GB through its microSD memory slot. 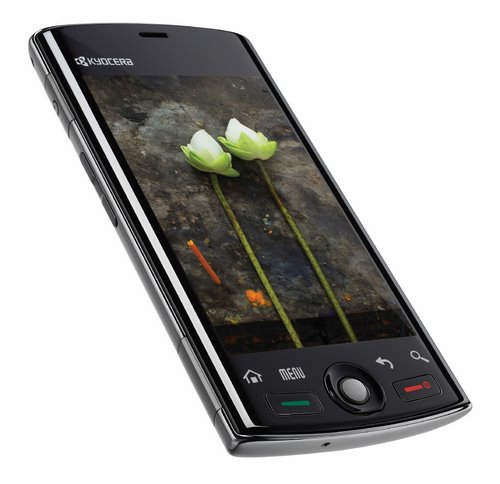