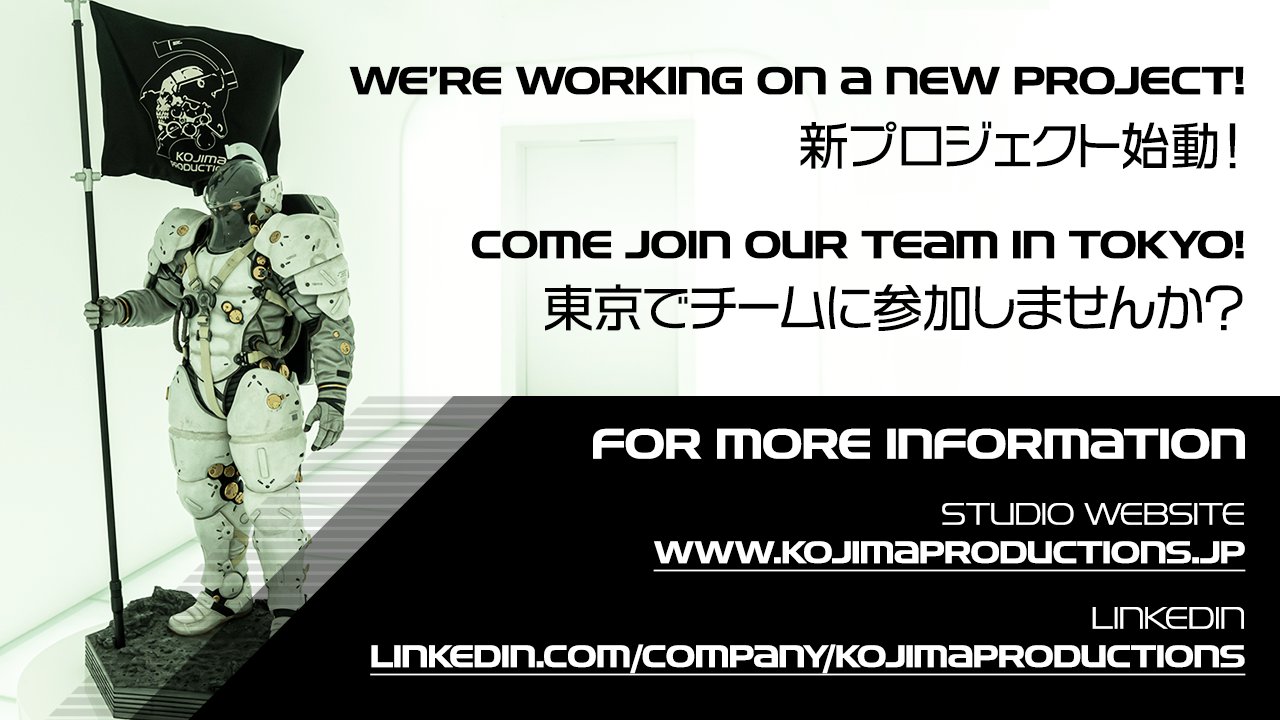 Kojima Productions is working on a new project, and it is currently hiring for its Tokyo Studio.

The new project has been confirmed by the development studio itself on Twitter earlier today. Kojima Productions is looking to hire the best-in-class talent to work on this new project at the team's Tokyo studio.

#KojimaProductions confirms a new project is in development and is looking to hire the best-in-class talent to work out of our Tokyo studio. For more information on the openings and requirements, please visit our website at https://t.co/jeTGnnwLAW pic.twitter.com/StLOrxTlhg

Very little is currently known about this new project, but the job listing provides some very small details with the mention of 3D model production for weapons, gadgets, vehicles and mechanics, and event control systems in role-playing games.

Kojima Productions' first title is Death Stranding. The game, released on PlayStation 4 last year and PC a few months back, ended up being one of the most divisive games of the generation, due to its unique approach to the open-world formula.