There is nothing wrong in saying that Hideo Kojima, a well-known Japanese video game creator, took the lead and turned this year's entire Gamescom gaming convention's audience towards Sony's booths by revealing its upcoming survival horror video game, Silent Hills, in a uniquely distinctive manner for the latest PlayStation 4 console. Announced as P.T., it was later revealed that the interactive demo that was rolled out for the PlayStation 4 users was nothing but a "Playable Teaser" for Kojima's upcoming game known as Silent Hills, and now the developer has revealed another one of the many mysteries hidden in the game's teaser. 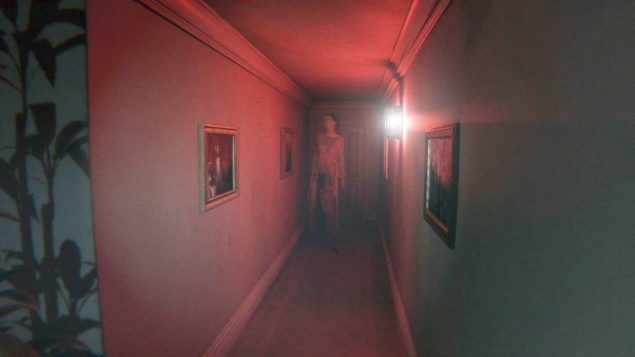 Hideo Kojima Explains What Does 7780s in the Silent Hills P.T. Really Means

P.T. is probably the best video game teaser revealed this year by the creator of Metal Gear series. P.T. was revealed simply as a new horror game at Sony's Gamescom 2014 pre-show conference, but after going through the PlayStation 4 demo of the game, it was acknowledged that P.T. stands for Playable Teaser and it is actually an interactive prelude to Silent Hills, an upcoming horror game that is being developed by Hideo Kojima and flimmaker Guillermo Del Toro.

Being a combination of nearly photo-realistic visuals and terrifying environments, the intimidating Silent Hills playable teaser serves to relentlessly scare players in all its creepy ways, and at the same time proves that a horror game can't be marketed any better than this. Those who have played the teaser carefully have unlocked several hints that point towards the original upcoming Silent Hills game, but there are many more mysteries that fans are still not anywhere near cracking. Nevertheless, thanks to Kojima himself, there is one puzzle that has now been solved.

Discussing Silent Hills during a Japanese language Konami Video, Hideo Kojima managed to throw some light on the hidden message behind 7780s Studios, the name of developer that was revealed in the teaser of the game. It was believed that 7780s is a new video game development Studio that is working on the upcoming Silent Hills, but Kojima revealed that it is nothing but a clever way of saying Silent Hills.

According to him, 7780 is actually a postcode for Shizuoka region of Japan. Shizuoka roughly translates to Quite or Calm Hill, and the region is also nicknamed Silent Hill by the native gamers of Japan. Now it is simple, equate the whole "7780s" and you will get a name "Silent Hills," which is simple the original title of Kojima's upcoming interactive horror video game.

Of course, this is not the only enigma tucked away in the Silent Hills P.T. demo. Going through the playable teaser, you will find tons of new puzzles, but it is hard to place them in a correct sequence of events. I am still not sure if Kojima thought the fans would take days before finding out that P.T. is actually just a playable teaser for Silent Hills or if he expected that the code will be cracked as quickly as it was just 24 hours after the launch of the demo.