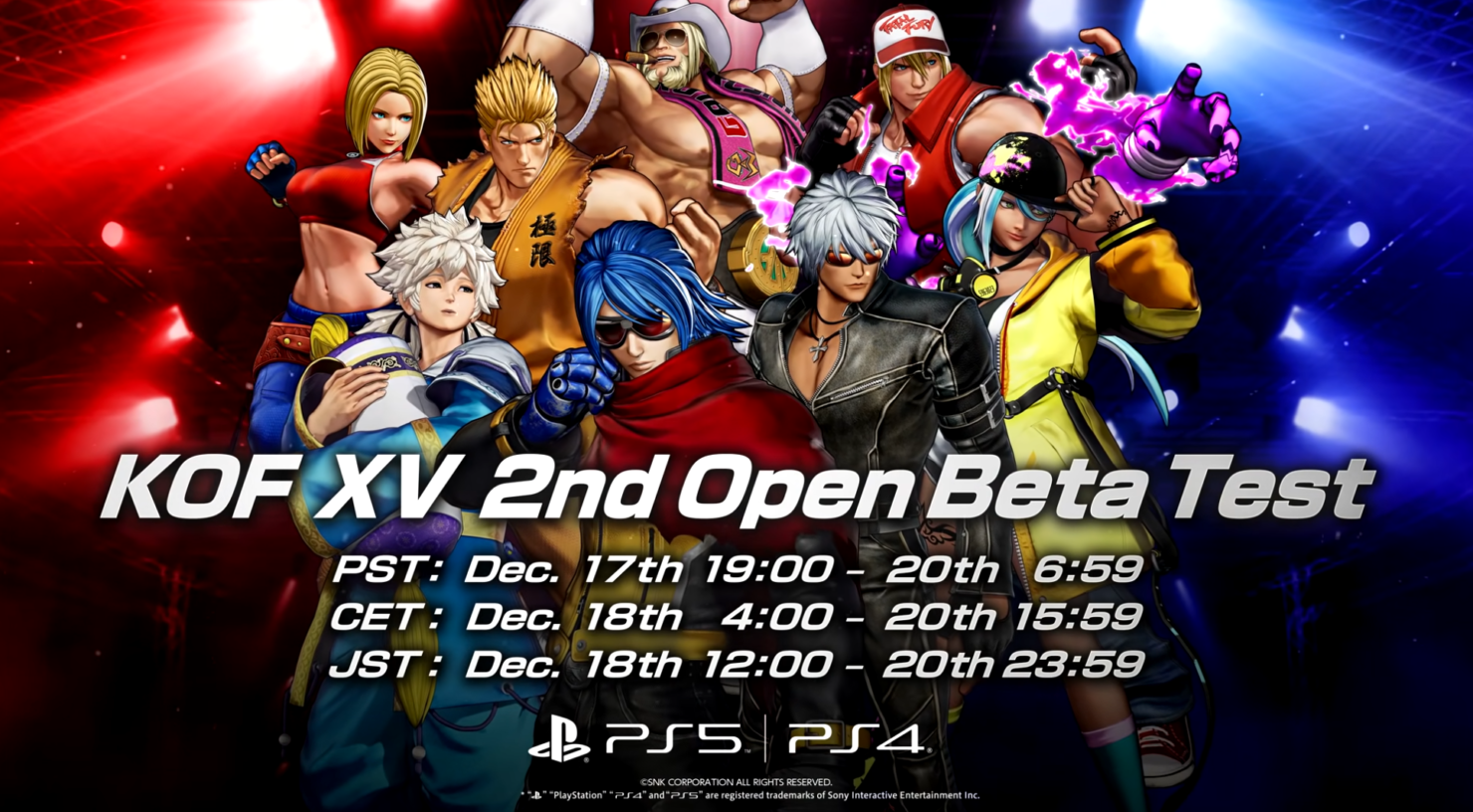 KOF XV draws ever closer to its release date, and the team at SNK has been consistently releasing news for it. Perhaps one of the biggest surprises as of late was bringing back a character that was considered dead for close to 20 years, in the form of K9999– er, Krohnen.

The upcoming fighter from SNK also has a brand-new open beta available tomorrow (at the time of writing), and SNK showcased a brand-new collaborative trailer with some of the characters in action, including their Climax Super Special Moves (to be honest, they’re basically Level 3 Supers but with a super long name), which you can watch below.

The newest King of Fighters XV beta has a schedule and start time. The beta will begin on December 17th, 2021 at 7:00 PM PST, and will run until December 20th, 2021 at 7:00 AM. The Second Open Beta Test will only be available on PlayStation 4 and PlayStation 5, so PC and Xbox users will not be able to play it.

All eight playable characters will be available during the beta and in the full game’s release. Unfortunately, players won’t be able to play as the eight characters from the previous beta until release, so nothing will really carry over other than the online modes.

The King of Fighters XV will release on February 17th, 2022 on PlayStation 4, PlayStation 5, Xbox Series, and PC via Steam, the Windows 10 Store, and the Epic Games Store. Pre-orders are available now on Steam.