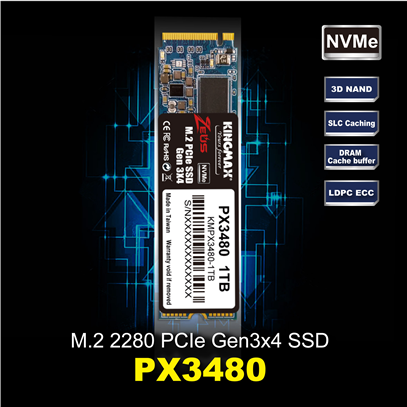 KINGMAX’s latest Gen4x4 SSD PX4480 is suitable for the AMD Ryzen 3000 series processor with X570 chipset. The new SSD not only offers wide-ranging capacity choices of up to 500GB/1TB/2TB but also has read speeds up to 5000MB/s, surpassing other SSD products available on the market. It is recommended to the video editors, graphic designers, gaming enthusiasts and anyone who is trying to process data or media contents faster.

The M.2 2280 SSD is ultra-slim. Moreover, the M.2 interface has become a must-have for new motherboards or laptops that offer users an even faster SSD experience. KINGMAX’s latest M.2 PCIe Gen4x4 SSD PX4480 adopts a PCIe Gen 4.0 high-speed interface and meets NVMe 1.3 specifications. It can deliver stunning read/write speeds. It features incredibly high R/W speeds of up to 5,000MB/s(Read) and 4,400MB/s(Write), 8 to 9 times faster than the transmission connector of the SATA III interface, and has an increase of 50% in data R/W speeds compared with the PCIe 3.0 series SSD. 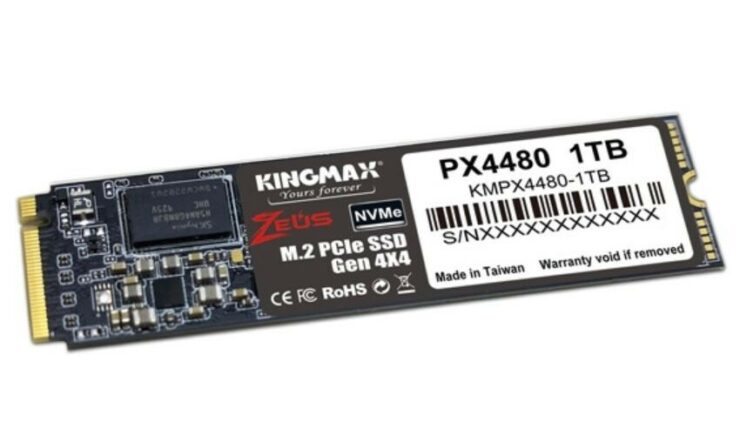 It also supports wear-leveling technology and TRIM commands to achieve a longer lifespan. Furthermore, the S.M.A.R.T. monitoring system helps to check SSD status and lifespan to ensure its normal functioning.