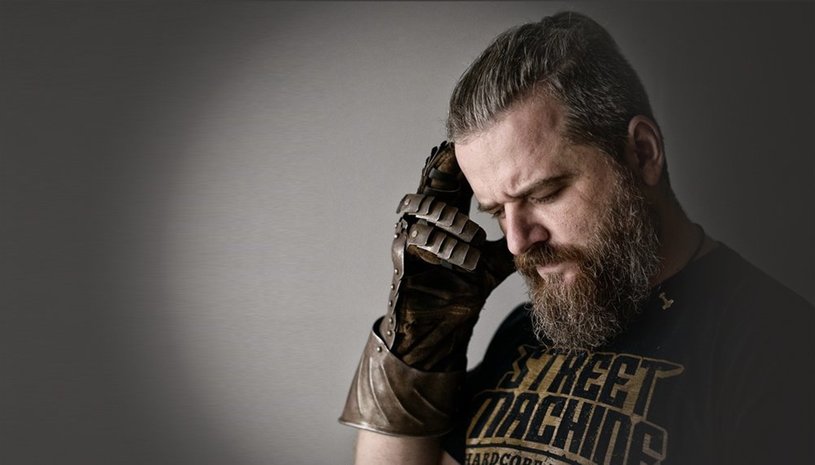 Kingdom Come Deliverance creative director and co-creator Daniel Vávra has denied that his game witnessed a massive drop in concurrent players since its launch.

Vávra took to Twitter to react to recent reports about Kingdom Come Deliverance’s player base having dropped by 95% on Steam. According to Warhorse Studios’ co-founder, the drop isn’t “dramatic” but merely “normal” if you compare it to other single player games, such as Far Cry 5 and Assassin’s Creed: Origins. Vávra added that its even outperforming other “much” more famous titles. 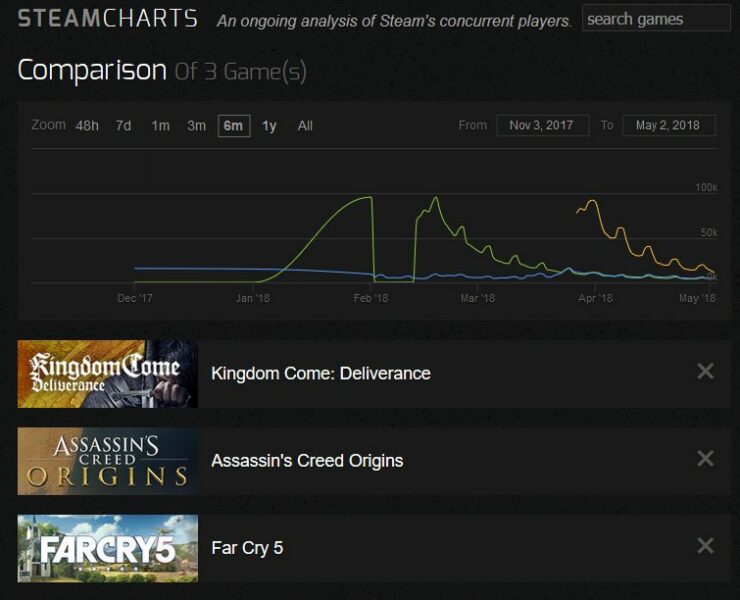 The creative director continued, “In other words, we outperformed much more famous franchises and the graph of daily concurrent players looks almost identical to other single player games. So go home, nothing to see here :)”

In a statement released to us, Vávra said that the data was "purposely twisted", and that at the moment of writing, Kingdom Come Deliverance is performing better on Steam than Far Cry 5 is.

There is truth in Vávra’s reasoning, but if you would compare current Kingdom Come Deliverance concurrent player numbers to those of CD Projekt Red’s The Witcher 3: Wild Hunt, a single-player RPG that was released 3 years ago, concurrent players are much lower indeed. Truth be told, Kingdom Come Deliverance peaked at 96K players, while The Witcher peaked at roughly 66K. 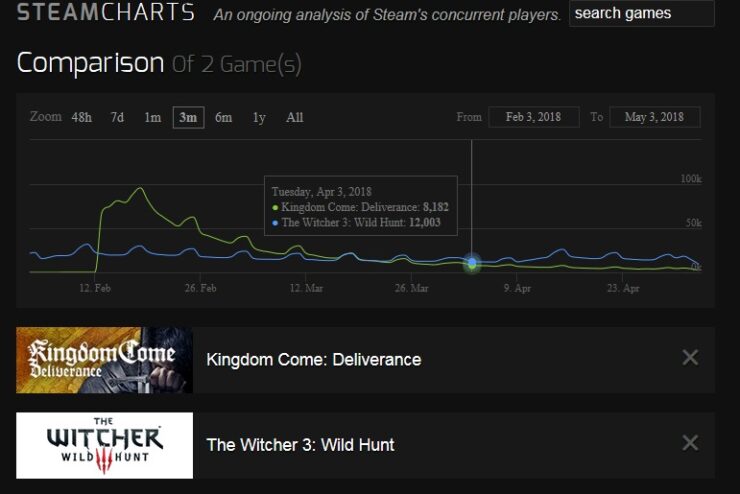 Kingdom Come Deliverance is available now for PC, PS4, and Xbox One.