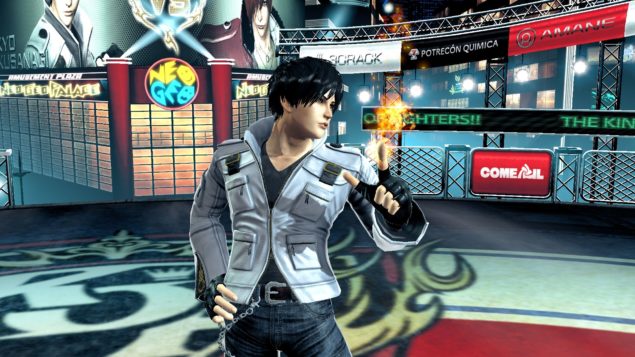 Not only have the people behind the latest entry in the King of Fighters franchise tried to mix things up both visually and mechanically, but they also say its the biggest refinement since the hallowed '98.

Not to make bold claims without at least trying to back them up, the developers have also released a couple of trailers, announced a release date and have revealed a few pre-order/early buy incentives for those considering buying day one.

Here's what the game is boasting so far:

3D Evolution: All 50 fighters, movesets and more are rendered in full 3D graphics that preserves the essence of KOF's visual style but updates it with a whole new dimension.

The Best Refinement since KOF '98: Through extensive playtesting and balancing, the controls have been streamlined, and the Combo and Max Mode mechanics have been overhauled to create the most competitive fighter in SNK's history.

The KOF Saga Continues: There's a robust single-player storyline where several years have passed since the previous KOF tournament. Now a worldwide business, the global KOF will decide who is the strongest as both individuals and companies with their own ambitions have come to compete. Players compete against CPU-controlled opponents to unlock the storyline.

The Best Roster Yet: There are 50 fighters total, with 31 returning from previous entries into the KOF series, and 19 brand new characters. All 50 characters will be available at the game's launch.

Revamped Online Experience:THE KING OF FIGHTERS XIVhas devoted a lot of development time to improving the game's netcode for vastly improved online gameplay. KOF XIV uses the PS4's online architecture to have a whole host of online conveniences, from spectating to saving replay/battle data, and having a single online KOF XIV profile to connect with friends.

The pre-order/day one edition will come complete with an exclusive Kyo Kusanagi branded steelbook - much better than a crummy old piece of DLC, which it's also getting. The Classic Kyo DLC costume will be free for the week following launch.

And when will fans be able to get their hands on this latest fighting frenzy? King of Fighters XIV will be available to pick up in the US on August 23.

The King of Fighters XIV Gets Teaser Trailer and 1080p Screenshots