SNK Playmore Focusing On PS4 Because Of High Worldwide Sales, Publisher Wants To Make Better Use Of Other IPs

SNK is a publisher that requires no introduction as it has developed and published some of the best arcade games of the 90s. The Japanese company faced a major change in recent times with a bigger focus on the Pachinko business but it's been confirmed not too long ago that the company's main focusing is switching back to gaming, with a new entry of the King of Fighters series currently in development for PlayStation 4. There's a lot of curiosity surrounding this change and more on the matter has recently emerged online with a new interview with SNK Playmore Executive Yutaka Noguchi. 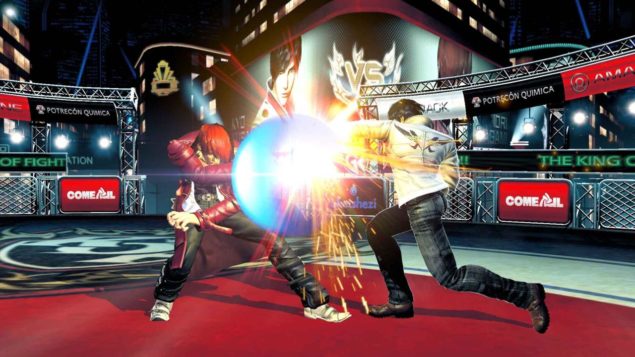 According to what Mr. Noguchi said to Famitsu, SNK Playmore has switched back to gaming due to changes in Japanese Pachislot regulations. New releases of Pachislot machines need huge changes and the company decided it was better to focus their resources back to gaming, considering SNK Playmore is still known as a gaming company.

Mr. Noguchi has also talked about the publisher's focus on PlayStation 4. The SNK Playmore Executive revealed that the company is now focusing on the PS4 because of its high worldwide sales. He also added that the company concentrating on the new King of Fighters but also want to make better use of other IPs in the future. Considering how many great properties SNK Playmore owns, this is great news for all players.

The Famitsu interview with Yutaka Noguchi also touched other subjects like the possibility of new cross-over games in the vein of Capcom VS SNK, Steam and more. A full translation has yet to be made available but an English summary has been provided by Professor. You can find some excerpts below.

- New Pachislot regulations are one of the main reasons why SNKP decided to switch back to gaming. New releases of Pachislot machines were going to need huge changes, and when they laid down their business plans they decided it may be better to focus their resources back to gaming

- When SNKP took their IPs into consideration, they decided that going back into the gaming business and taking advantage of their IP would probably be better. Also, their smartphone and Steam stuff were doing well and it helped push things in that decision

- They're focusing on the PS4 since it's selling well throughout the world. They'll be focusing on KOF at first but want to make better use of their other IPs as well and to further raise their value. They have over 200 IPs in terms of titles

- Noguchi predicts the Smartphone game market will still continue to grow, and SNKP will continue to focus on it. He comments that the Metal Slug series is not just popular in Japan, USA, Europe, but also Middle and South America, and southeast asia.

- When asked about any collaborations with Japanese companies like "Capcom vs SNK", Noguchi laughed and commented that they've just restarted their game business and there's still a far way to go.

The King of Fighters XIV Gets Teaser Trailer and 1080p Screenshots