Brace Yourselves! KFC Has Launched a ‘Flagship Killer’ With Colonel Sanders Logo On the Rear 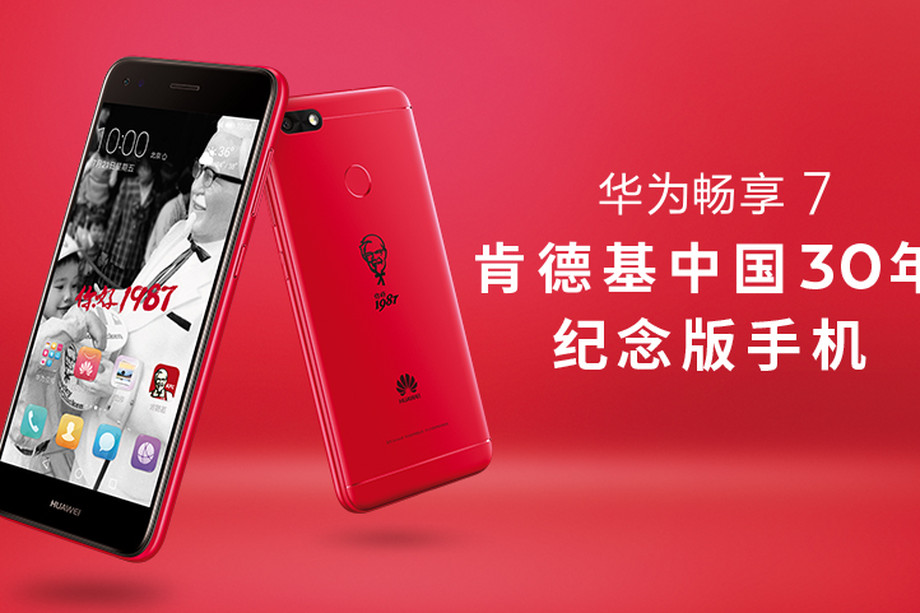 What pops up in your mind when you hear KFC? Fried chicken! But, KFC wants to change that by introducing a phone - will they now change their tagline from "Finger lickin' good" to "Finger swiping good"? We know that was a pathetic joke, please don't report us.

Coming back to the news, KFC has partnered with Huawei to bring out a limited edition smartphone to commemorate its 30 years of existence in China. Well, that's a marvellous way to celebrate the anniversary in the region that's the biggest maker of smartphones.

Let's get you into the specifications of the phone, which is actually a special edition version of Huawei Enjoy 7 Plus. So, just like the normal Enjoy 7 Plus variant, this one also comes with a 5.5-inch display and is powered by a Snapdragon 425 SoC coupled with 3GB of RAM and 32GB of internal storage that can be further expanded up to 128GB via microSD card. A 3,020mAh battery backs the device.

What's so special about this limited edition? Well, brace yourself, this one comes with Colonel Sanders image embossed on the rear panel. That's like a badge of honour if you love fried chicken. Seriously, is KFC trying to start a cult or something? We hope not.

KFC took to Chinese social network Weibo to announce the launch of the phone. In its post (translated from Chinese with the help of Google Translation and some inputs from the Verge, it wrote):

# Kentucky China 30 years from 1987 to 2017, 30 years accompanied by the taste of the times, suck (finger lickin' good) refers to the aftertaste! Kentucky together with Huawei cooperation, the introduction of Huawei Chang enjoy 7 Kentucky commemorative version of gorgeous struck! Commemorative Edition laser back carving, pre-installed Kentucky Super APP, with WOW member 10 thousand K (100,000 K dollars KFC's digital currency) gold, but also the first to experience k-music song function. Limited to 5000 will soon be on sale, waiting for you to grab!

If the Colonel Sanders logo was not enough to mark its territory on the phone, KFC has also thrown in KFC-branded music app that comes preinstalled on the phone that lets you make and share playlists at a KFC outlet. The launch also comes with an intro video of the phone that's a must watch.