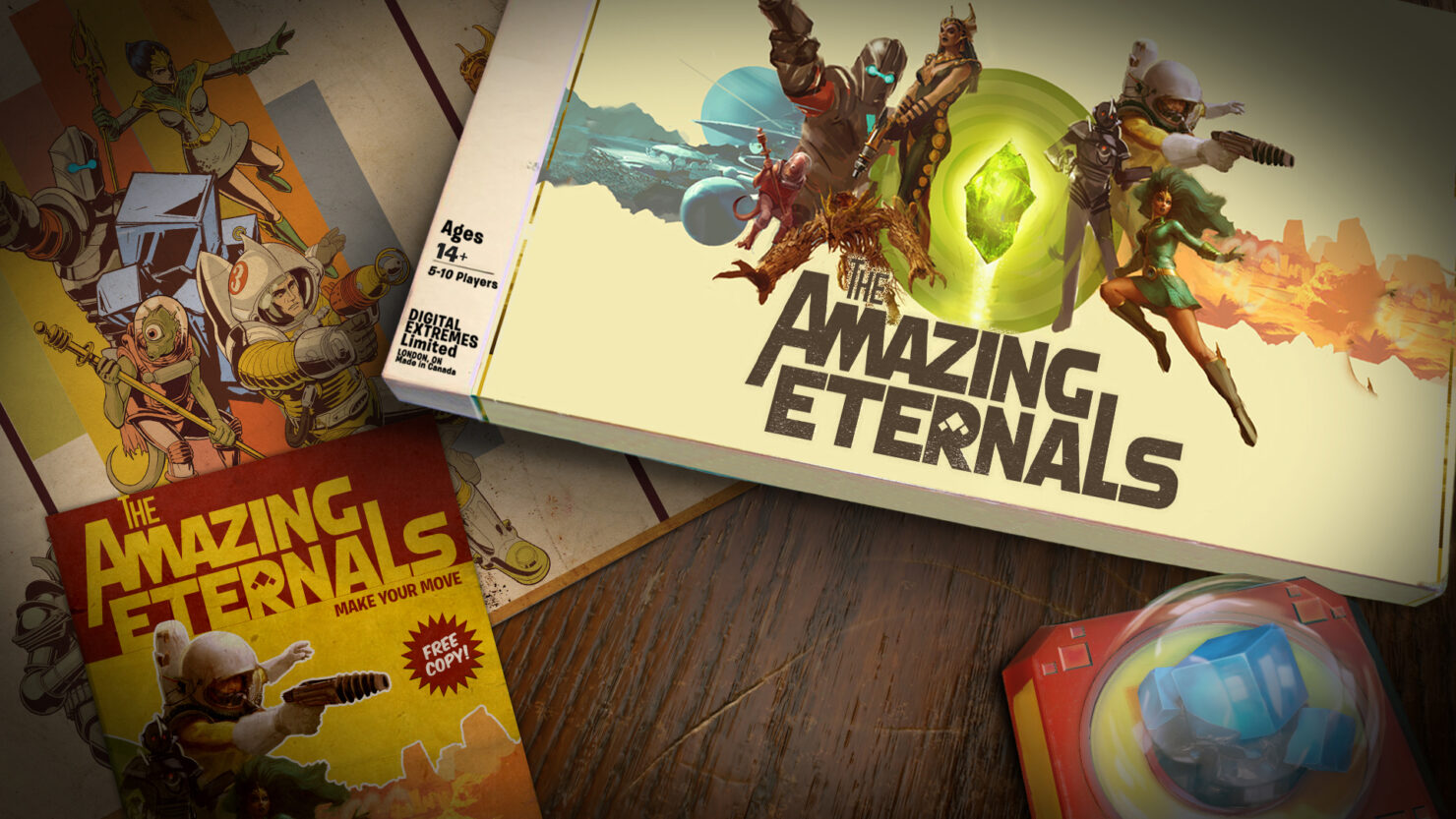 Remember Keystone, the first-person shooter/deck-building project by Digital Extremes, the makers of Warframe? Well, it just changed name. It's now called The Amazing Eternals and a Founders program will be available from August 29th.

The Amazing Eternals is a competitive first-person shooter with a distinct blend of first-person action, deck-building strategies, and 1970s retro-pulp visuals. The Amazing Eternals will take players on a journey through a multiverse that begins on the starting square of a mystical board game. Players will wield unique decks of cards throughout the match offering handy benefits, amazing powers, and fearsome weapons. With timing and resourcefulness, personally customized decks give players the upper hand in battle both individually and when strategically coupled with teammates' decks.

Following a fruitful, feedback-filled Closed Alpha test over the summer, The Amazing Eternals is now ready for a larger-bodied stress test moving into the Closed Beta phase. Closed Beta keys will be distributed through various key websites over the course of weeks starting Friday, September 1. However, for those interested in instant access to the Closed Beta, The Amazing Eternals Founders Program will offer new and existing players an opportunity to support the continued development and growth of the game starting August 29. Along with instant access, exclusive gear and items offered only in the Founders Program will be included in a range of Founders packs with full details to be revealed on launch day.

Digital Extremes also released the first gameplay trailer and confirmed that The Amazing Eternals will make its first public appearance at PAX West (September 1-4 in Seattle, Washington). You can find the game at Digital Extremes' booth #233.