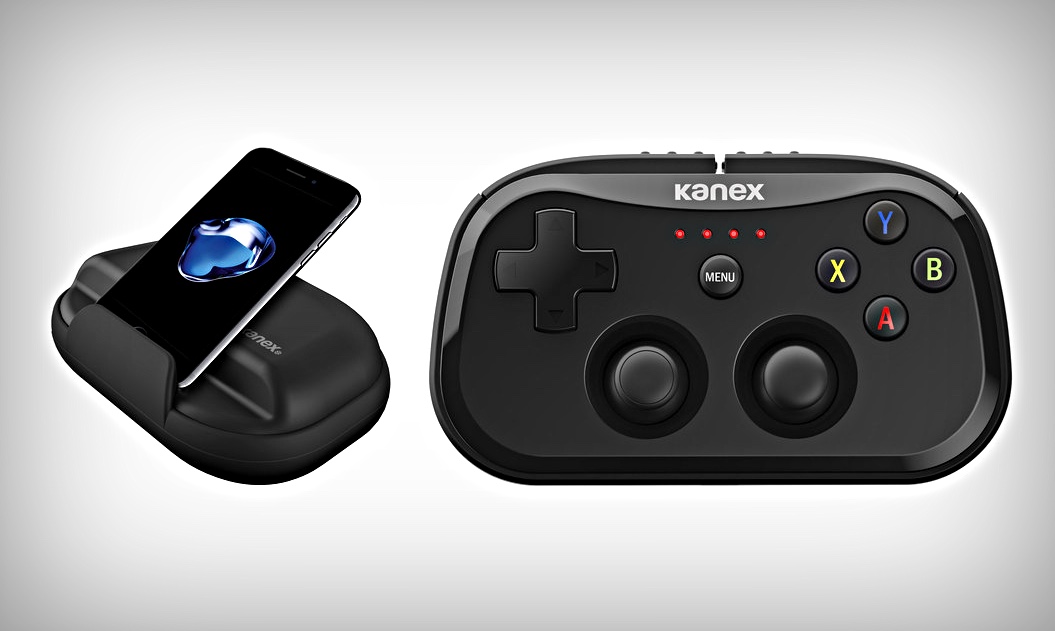 The GoPlay Sidekick is Sleek, And Carries an Apple MFi Certification For Optimal Performance

There are plenty of game controllers out there that get the job done in one way or the other. But there are very few of them that actually carry a proper MFi certification from Apple. This means that the controller at hand is certified to work with iPhone, iPad and Apple TV devices. The GoPlay Sidekick from Kanex is one of them, and has just been announced at CES 2017.

The GoPlay Sidekick is a sleek little controller that connects with iOS devices and Apple TV over Bluetooth 4.0. But the slickest thing about the controller is probably this: it features 20 hours of battery life. That's more than enough juice for several casual game sessions.

On the design front, the controller takes heavy inspiration from consoles, so that users feel right at home. Kanex even took the liberty to toss in pressure sensitive buttons too, so you can rest assured your gaming sessions will be topped off with a little hint of precision.

The controller even features a Lightning connector for charging. This means you don't have to carry an extra cable to charge your GoPlay Sidekick while you are out and about. Quite frankly, this is a feature that should come standard with all MFi certified accessories. Carrying micro USB cables can become a nuisance in a lot of cases. Not to mention the fact many of us tend to forget the 'odd' cable at home.

Kanex GoPlay Sidekick will go on sale in February and will retail for $59.95. There are other options available that are ten bucks cheaper, but Kanex's controller is more up to date in a lot of ways, especially the buttons, but at the end of the day, it's entirely your call whether or not you wish to go for this controller or not. Personally, I'd give this one a double thumbs up. There's nothing better than a game controller that works seamlessly with the device at hand, and takes up little too no space in a backpack as well.