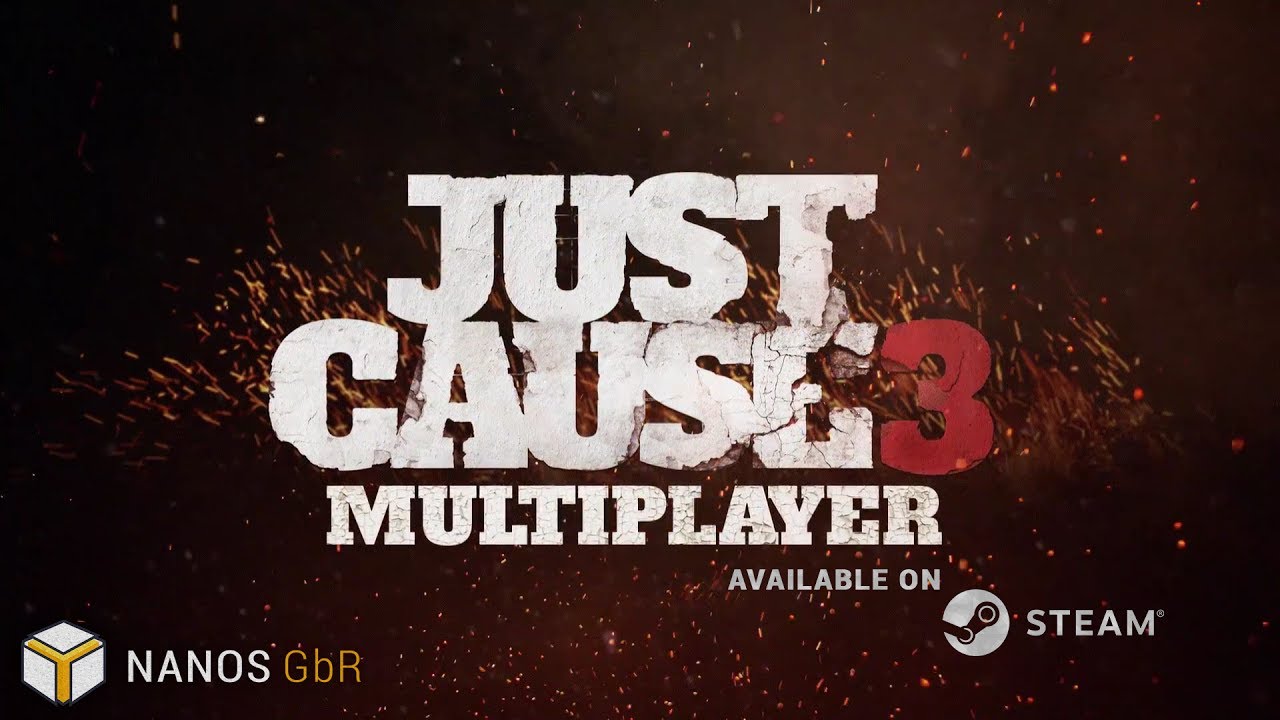 The Just Cause 3 Multiplayer mod has finally landed on Steam as a free DLC. Realized by the Nanos team of programmers from Germany, Austria, and the United Kingdom, it has been under works for over a year now.

Working independently from Square Enix, Nanos are a small team of programmers who have dedicated their spare time to developing a brand new Nanos Multiplayer Framework. Just Cause 3 proved to be the perfect game to test this platform and after a successful trial period, the Nanos team are ready to release their Just Cause 3 Multiplayer Mod on Steam.

Still in its early form, the JC3 Multiplayer Mod provides players access to different servers, each with unique characteristics.

Aside from enjoying the numerous modes that already exist, those proficient with javascript, html, css etc. can also alter the game’s parameters to create their very own modes. This can build anything they like, from simple vehicle enhancements, to more spectacular creations that can alter the JC3 world entirely.

The Nanos team also shared a detailed Just Cause 3 Multiplayer FAQ on the Steam forums. As a reminder, Just Cause 3 launched in December 2015 and can now be purchased from Steam for $39.99.

Are you the same team that created the Just Cause 2 Multiplayer mod?
No, we are a different team called Nanos.

My mouse is stuck?! Help!
If you have TeamViewer installed, disable the QuickConnect feature or add JC3MP as an exception.

Is tethering support?
Not yet, but it's being worked on for Update 1.1.

Is destruction synchronized?
No, unfortunately not, at least at the moment, we will look into it though.

Is there AI/NPC?
No, sorry, but we are looking into it, but we can't give a guarantee that it's ever coming.

Will we be able to change our player model/skin?
Not in the first version, but it's being worked on for Update 1.1.

Is there an ETA for Update 1.1?
No, not yet, we will inform you as soon we have a time-frame. We will share more information and a detailed list of things planned for 1.1 very soon.

Will you add Steam Achievements?
Yes, those will be added in Update 1.1.

Will the mod ever come to console?
No

Will I be able to script custom game modes/races/etc?
Yes, of course, documentation can be found here[just-cause.mp] (steam features are currently missing there)