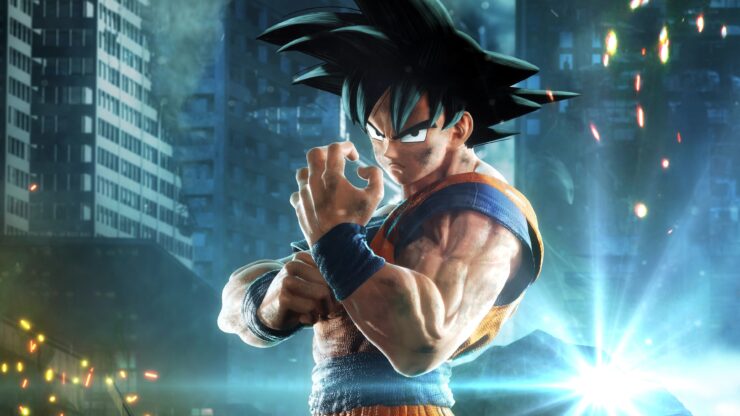 Jump Force will see characters from the most popular manga and anime series battle each other in some very intense matches, and Bandai Namco finally confirmed when players will be able to take part in these epic fights.

Jump Force will release worldwide on PC, PlayStation 4 and Xbox One on February 15th. A brand new trailer showcasing the Paris stage has also been released, you can check it out below.

JUMP FORCE will release on Feb. 15, 2019! Unite to fight with your favorite manga characters, including Ryo Saeba from City Hunter and Kenshiro from Fist of the North Star! Check out Ryo's excellent gunmanship and Kenshiro's mastery of the Hokuto Shinken.

The new trailer also reveals two additional characters who don't really require an introduction - Kenshiro from Hokuto no Ken, or Fist of the North Star, as the series is known in the West, and Ryo from City Hunter.

Last month, Christian had the chance to try out Jump Force. He noted how the game plays more than Dragon Ball Xenoverse and the Naruto Ultimate Ninja Storm series rather than a traditional fighting game.

Dragon Ball Xenoverse and Naruto Ultimate Ninja Storm series will be pleased to find that they are receiving more of the same gameplay they know and love. While the gameplay may be lacklustre right now, there is still plenty of time for that to change (though it is extremely unlikely). The developers have been coy about the story mode since the game was revealed, so here’s hoping that will be Jump Force’s saving grace.

Jump Force launches on PC, PlayStation 4 and Xbox One on February 15th.

PlayStation 5 Exclusive Returnal Has Been Delayed to April