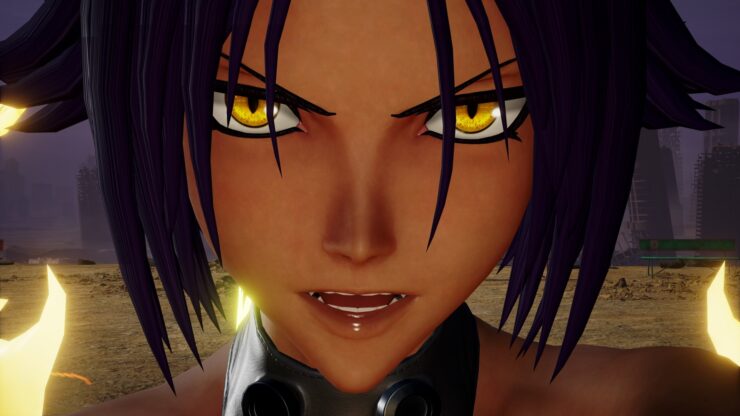 Jump Force's latest character, Bleach's catlike Yoruichi, is finally joining the game. Bandai Namco debuted a new trailer showing off her moves and what to expect from the character as she goes up against villains like Dragon Ball Z's cell. We already knew she could hold her own from her appearances in Bleach, especially with her powerful abilities, but seeing it play out in Jump Force is a whole new ballgame.

Yoruichi is part of the second Jump Force character pass, and ends up being the second to last character to jump (get it?) into the game for the season. She has a slick, malleable moveset that should entice new and old players looking for a fighter who sticks to defense.

There isn't that long of a wait to get to play as Yoruichi, either, as she'll be hitting the game on January 29 for anyone who purchased the character pass. She'll be available four days ahead of the date for everyone else: February 2.

We awarded Jump Force a 6 in our review. Here's what we thought about it:

"Jump Force has major problems, but it can actually be really fun. It feels tedious when playing missions, and repetitive at times in combat. But using your favourite characters' abilities in battle remains fun throughout. It's going to be an acquired taste, but anime fans will actually find a lot to enjoy here. Just stick to the online play, where you can remain blissfully ignorant of the awful cutscenes and animation."

Next up after Yoruichi is JoJo's Bizarre Adventure's Giorno Giovanna. There are plenty more reasons to get excited about what Jump Force still has in store for players, especially if you have a few Jump stars left that you're rooting for to see in-game. For now, get ready to get to know Yoruichi!