[Update] Jaws of Hakkon, the First Dragon Age: Inquisition DLC Has Been Announced 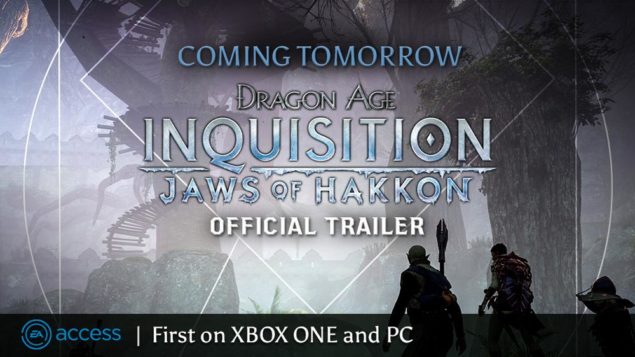 The official Dragon Age: Inquisition Twitter account spilled the beans on the name of the first DLC, Jaws of Hakkon. The trailer for such will be released tomorrow, March 24th 2015.

Jaws of Hakkon will be released on the Xbox One and the PC first, other than that there are no details to be had. The official trailer will be released tomorrow and we'll definitely be covering that as soon as it becomes available.

As we've already covered, there was already some indication that a story based DLC will be made available soon. BioWare has also been very tight lipped as to their DLC progression and as to what their plans were. Hopefully their plan to keep things silent until now will help to stave off the hype train that can sometimes ruin an otherwise great game when it overshoots the actual potential. We're crossing our fingers that Jaws of Hakkon doesn't end up with the same fate as so many others before it.

In the meantime, why not go revisit Thedas and prepare your character for the no doubt awesome content that's about to be incoming. The selling point of the Dragon Age games has always been the strong story-line and the very deep character development, and this DLC is anticipated to continue that trend towards character driven gameplay.

If you are on the Xbox One then it looks like you can enjoy a little gift from EA earlier than expected. Jaws of Hakkon has slipped out into the open on the Xbox store due to a technical glitch, and EA doesn't appear to be wanting to close that little hole. So the DLC is there for your enjoyment! PC will still have to wait until tomorrow, unfortunately.

The DLC itself should include a host of new content, including some great new enemies, armor, weapons and an entirely new region. Head on over to the Xbox store to enjoy a present a bit early folks and let us know how it is in the comments. The description from the page is below.

Discover the fate of the last Inquisitor and the powerful dragon he hunted. Enter an overgrown wilderness filled with Avvar, fiercely independent hunters who settled in the southern mountains of Thedas. Explore their culture to uncover what happened to the last Inquisitor and the dragon he pursued. Find an ancient Tevinter fortress that hides a dangerous secret. In this new adventure, playable within the Dragon Age: Inquisition campaign, you will face powerful foes, gain legendary armor and weapons, and confront an ancient god of war bent on destroying the world. Features: • Uncover a lost chapter in the history of the Inquisition and discover the ultimate fate of the last Inquisitor • Explore a vast, new area in Thedas with lush forests and mountainous terrain • Earn the respect of Avvar warriors while destroying an ancient cult • Strengthen the Inquisition through new operations unlocked by your discoveries 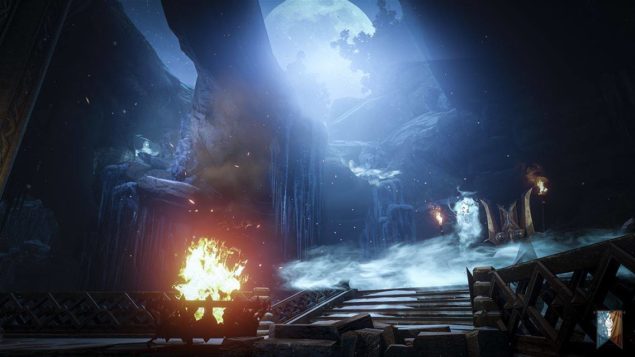